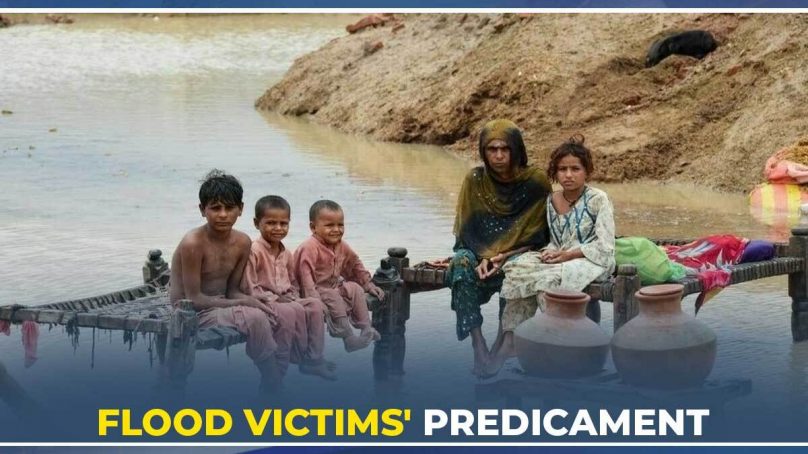 SOMEWHERE amid the noise of dirty politics, the nation appears to have lost sight of the unspeakable miseries of millions of flood victims. This is both sad and unfortunate, for the unhealthy and unhygienic conditions these people are compelled to live in have left them susceptible to a host of diseases.

Worse, having undergone the ordeal of displacement and survived a natural calamity of biblical proportions, these vulnerable flood victims — especially newborns and lactating mothers — are set to face a fresh set of challenges as the winter looms, making their lives even more miserable.

The Sindh administration reports that almost 4,000 babies have been delivered in relief camps over a period of about two months, indicating that there is a similar number of lactating women. In addition, officials estimate that 6,300 women are set to give birth in the camps, and they warn that given the appalling conditions, deliveries of these children are risky.

Moreover, the fact that malnutrition is widespread in the affected population and was a significant issue even before the floods creates additional complications for both mothers and babies.

Unicef has noted that more than one in nine children in Sindh and Balochistan’s flood-affected areas are suffering from severe acute malnutrition, and that a “nutrition emergency… is threatening the lives of millions of children.”

The federal government and the provincial administrations must prioritize giving pregnant women and the most vulnerable children under five years of age access to adequate medical care and nutritious food.

Some NGOs have successfully intervened to ensure safe pregnancies in the flood-ravaged areas, and the public sector as well as commercial organizations need to adopt these best practices. Additionally, it is a sad reality that Unicef’s plea for life-saving nutrition continues to be appallingly underfunded.

If the international community is unable to loosen its purse strings, the state must step up its efforts, in collaboration with relief agencies, to ensure that the nutritional needs of these vulnerable women and infants are urgently met.