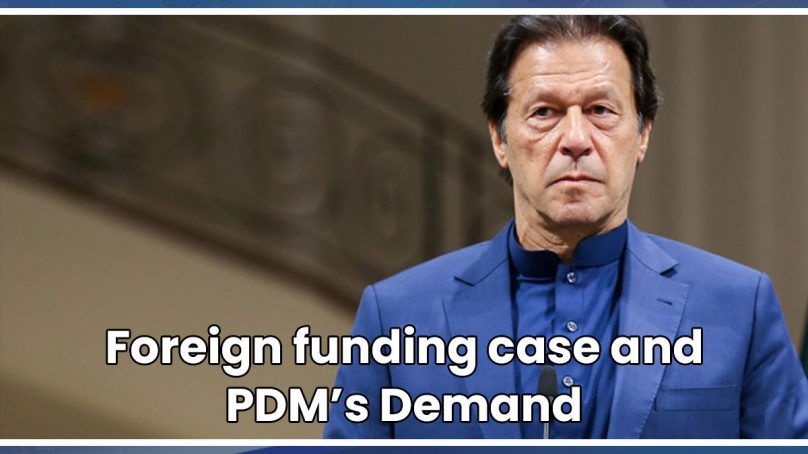 AT one of the rallies held outside the headquarters of the Election Commission of Pakistan (ECP) on Tuesday, PML-N Vice President Maryam Nawaz alleged that Prime Minister Imran Khan received foreign funding from Israel. The PDM is also demanding that the ECP bring the foreign funding case against the PTI to a logical conclusion.

The foreign funding case, which pertains to accusations that the PTI has taken funds from shady, banned and illegal sources, appears to have become a thorn in the party’s side. But if it’s established that the PTI is indeed involved such illegal funding, it could lead to serious repercussions for the ruling party.

The PTI, on its part, has roped in lawyers who have, over the years, made several attempts to question the authority of the Election Commission over this matter. But the ECP has rejected these petitions at various platforms and has maintained that it is fully within its ambit to demand a clarification from the PTI about its sources of money. It has constituted an enquiry committee to examine all the documents presented in order to reach a final conclusion.

At one point, the ECP had itself decided to accelerate the hearings but then the pace slackened over the previous year and the examination of evidence was kept pending with each successive hearing. Therefore, the demand to complete the hearing and make a decision are justified. All parties have been given sufficient time to argue their case, so the issue should no longer be dragged any further. As the ruling party, the PTI must show transparency in terms of verifying the bona fides of its financial sources. If it has nothing to hide, or is not culpable as it claims, then there’s no reason to ask for more time or resort to delaying tactics. It ought to produce all bank statements and account details and authenticate its claims that all its sources of funds are absolutely legal and fully declared.

As for the ECP, it should dispel the impression that it is allowing for delays when there is barely any need for it. And it can expedite the matter by not giving extended dates for the hearing. It should conduct daily hearings for all parties and take the issue to its logical end. The opposition parties also need to give all the evidence demanded by the ECP instead of politicizing the issue against the incumbent government.