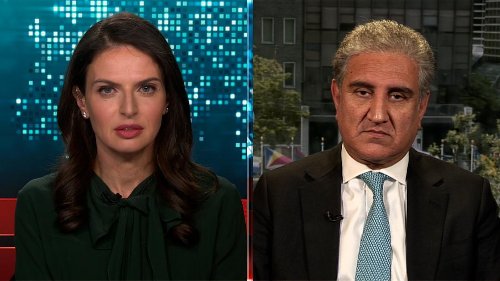 Foreign Minister Shah Mehmood Qureshi is in the news again. And for all the wrong reasons.

The Pakistani foreign minister, who cuts quite a dash in his designer suits and colorful ties, has generally been quite reasonable with his choice of words. But of late, he seems to have fallen off the track, losing control over his soft demeanor and rational speech.

And we saw a manifestation of this fact in a CNN interview aired on Thursday.

Being a responsible state official, Mr Qureshi would do well to weigh his words carefully before uttering them, more so on a platform like CNN. And instead of pandering to the populist thought, he ought to talk with rationale and logic, because what he says may have serious implications on Pakistan’s relations with the world powers.

Shah Mehmood Qureshi was in the eye of a diplomatic storm when, last year, he issued a controversial statement against the Organization of Islamic Countries (OIC), which was seen as a direct on Saudi Arabia. Were it not for Army Chief’s Qamar Javed Bajwa’s damage control effort, our longstanding relations with the oil-rich nation would have dealt a serious blow.

Mr Qureshi’s latest antisemitic remarks may have struck a chord with many in the Islamic world, but it has sent a wrong message to the rest of the world, especially the US and Europe. Pakistan’s diplomacy would suffer immensely unless the foreign minister retracts his contentious statement and vows to think before he speaks.