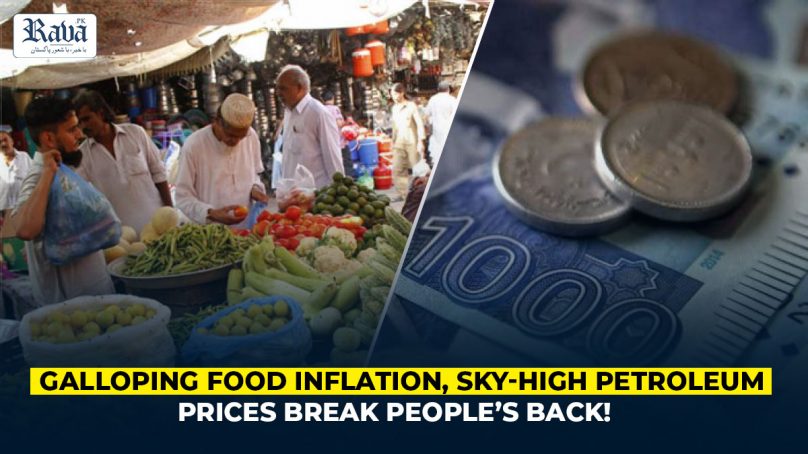 The common man of Pakistan is in dire straits. And this is no hyperbole; the ballooning food inflation and a constant upward hike in petroleum prices reflect this sordid reality. The fact that people’s financial condition has gone from bad to worse under Imran Khan’s watch is as clear as day. The middle class has shrunk, poverty is on the uptick, and the overall economic outlook is pretty bleak, pushing the poorest of the poor to the bottomless pit of hunger, joblessness, and disease.

Mr Khan’s three-year scorecard would be slightly reassuring had he taken some tangible steps to control petrol prices and rocketing food inflation. Far from it. The people who brought him to power with the hope that he would give them a semblance of respite from inflation, provide them jobs, and up their living standards are now regretting their decision. To one’s utter shock and dismay, food prices in the country have seen a dramatic rise during the last two years, fueling concerns over the swiftly rising cost of living. And to make the situation even worse, petrol price has reached a whopping Rs127.30 per litre, while high-speed diesel, kerosene oil, and light diesel oil stand at Rs122.04 per litre, Rs99.31 per litre, and Rs99.51 per litre, respectively.

It’s, however, naïve to pin the entire blame on the premier. There are several factors behind the swelling food inflation, which was more or less under control before the PTI came to power in 2018. First, the economy had been facing broad-based inflationary burdens for a few years due to the implementation of stabilization policies aimed at arresting the fiscal and current account deficits. Expecting food prized to remain stable when everything else is going through the roof, due to market dynamics or government policies, is also not fair. Second, disruptions in the food supply chain from the coronavirus also elevated input and transportation expenses for farmers who had no way of recovering it but by raising selling rates. Third, the drop in the yield of minor and major food crops, mainly wheat, and an upsurge in demand since the pandemic also created a major supply gap in the country. The government’s incapacity to foresee the market, particularly in the case of wheat and sugar scarcities, and make appropriate arrangements to fill the gap through early imports have led prices to rise further. Instead, the government did nothing beyond taking a few sporadic administrative actions against some profiteers and swindlers, which exacerbated the situation.

So, how to do away with the monster of food inflation? The short-term solution lies in formulating a strategy to forecast food commodity markets, both local and international. It lies in swiftly dealing with supply chain disruptions and covering deficiencies through early imports. Lasting food price steadiness hinges on the government’s inclination to overhaul its agricultural policies, liberalize the trade regime letting market forces freely play their role, cut the cost of farm inputs, invest in high-yield and drought-resistant seed technologies, and incentivize farmers to embrace modern farm practices to raise outputs. Food inflation will continue to haunt the people, especially those at the lowest rung of the population pyramid, until crop output is increased and the government is sincere in its intentions to give a semblance of respite to the common man and raise his quality of life.