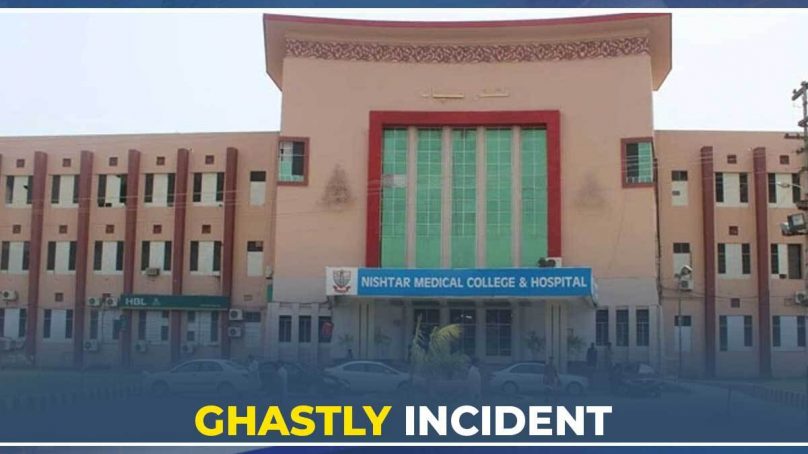 The Nishtar Hospital in Multan has a history of controversy and scandal. A fatal Covid-19 outbreak that affected dozens of doctors and nurses due to negligence and inadequate quarantine measures, as well as the suspected murder of a foreigner in one of its hostels, have all made headlines in the last four years. Other issues include fake doctors, corrupt and ineffective medical superintendents, and internal reports about obvious malpractices. But even by the hospital’s own standards, the horrific finding of putrefied corpses on the roof of one of its buildings is alarming.

Over the past few days, images of corpses left to rot in the sun quickly spread on social media, sparking outrage, revulsion, and fear. The public is wondering how a significant public hospital is allowed to handle the deceased so disrespectfully. Preliminary investigations have since revealed that, as opposed to something more sinister, the incident was more about a breach of medical ethics and SOPs.

All medical schools and teaching hospitals use cadavers to instruct medical students on the intricate details of human anatomy. The hospital administration has made an effort to explain that the way the bodies were stored was normal and consistent with their standard procedures. But even in death, the human body must be treated with respect and dignity, according to medical ethics. Though a dead person may not be animated, there’s no way they can be treated as a mere object, subject to all manner of catharsis and experiment.

Leading medical professionals have laid into the hospital management for its alleged involvement in the unethical, shocking incident, expressing their utter shock and dismay at the way the bodies were disrespected on the roof of the health facility. Dr Seemin Jamali, former executive director of Jinnah Postgraduate Medical Centre, wondered how a renowned public hospital can indulge in such glaring medical malpractice.

“Never in my 30-year professional career have I come across such an inhuman, unimaginable practice. We also used to receive hundreds of abandoned and unknown bodies, but we never laid them under the skies to let them dry up or be used for medical experiments.”

The grisly incident seems to indicate that the hospital did not take sufficient care to store the dead in a respectable manner. The deeply engrained cultural and spiritual precepts about treating a deceased person’s body with respect are a major contributor to the widespread outcry over this tragedy. The institution would be wise to admit its mistake, respond to the public’s concerns, and make better preparations moving forward.

Last but not least, it must be made clear that Pakistan urgently requires strict guidelines and standards for medical procedures in public health facilities, as well as a way to make sure they are followed. The circumstances surrounding this incident may have something to do with how the deceased are handled, but the situation for those who are still alive is not much better either. The unsanitary conditions and casual wrongdoing that characterize the majority of public hospitals across the nation show a complete lack of care for the welfare of people.

The Legend just got larger