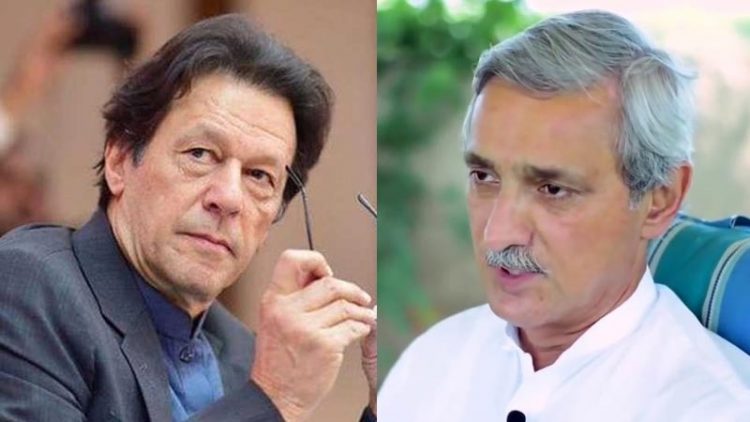 Imran Khan’s most beloved Jahangir, the last word in the Pakistan Tehreek-e-Insaf (PTI), is no longer the last word or the closest.

Although one of the country’s most successful business tycoons, Tareen always been considered one of Pakistan’s most controversial political figures. According to conservative estimates, Jahangir Tareen has 45,000 acres of land from southern Punjab to Sindh.

Let’s take a look at the successful but controversial political career of the most powerful Jahangir Tareen, one of the few influential industrial groups in the country with vast agricultural lands, state-of-the-art dairy farming units, numerous sugar mills and power generation plants.

Jahangir Tareen first joined the PML-Q and was elected a member of the National Assembly from Lodhran in the 2002 elections. He was offered the post of Federal Minister which he turned down. Shortly afterwards he became the Minister of Industries and Production under Prime Minister Shaukat Aziz. In 2008 he became a member of the National Assembly with the help and ticket of another relative Pir Sahib Pagara.

In 2011, they rallied a dozen like-minded members of parliament and emerged as a strong political pressure group, disproving all speculations and joining Jahangir Tareen Imran Khan’s PTI.

His arrival in the Pakistan Tehreek-e-Insaf (PTI) and his subsequent promotion to the most important post was also due to this influence. Justice Wajihuddin Ahmed, the party leader who held party elections in PTI in 2015, alleged that Jahangir Tareen had tried to rig the party elections at the expense of wealth. Imran Khan listened to Justice Wajiha’s words and Justice Sahib separated from PTI.

It took a while when the Chief Minister of Punjab province took over without his consent. However, the sugar scandal made up for the shortfall. When he went abroad after the sugar scandal, his meetings and talks with Imran Khan were closed, but during his stay abroad, his contact with Imran Khan was restored. However, even after returning home, the series of meetings could not be resumed and the bitterness in the heart could not be removed. Talking to reporters after his appearance in the Sugar Mills cases, he said, “The retaliatory action being taken against him, now is the time to expose it.”

While Jahangir Tareen has demonstrated his political power by organizing a political party. The invitation was reportedly attended by about 30 members of the National and Provincial Assemblies, some of whom were also ministers and advisers to the Punjab Chief Minister. It is also a clear indication that if Jahangir Tareen’s words are still not heard, it will not take long for Jahangir Tareen to overthrow the Punjab government on crutches and all eyes are on the forward bloc formed in the PTI.