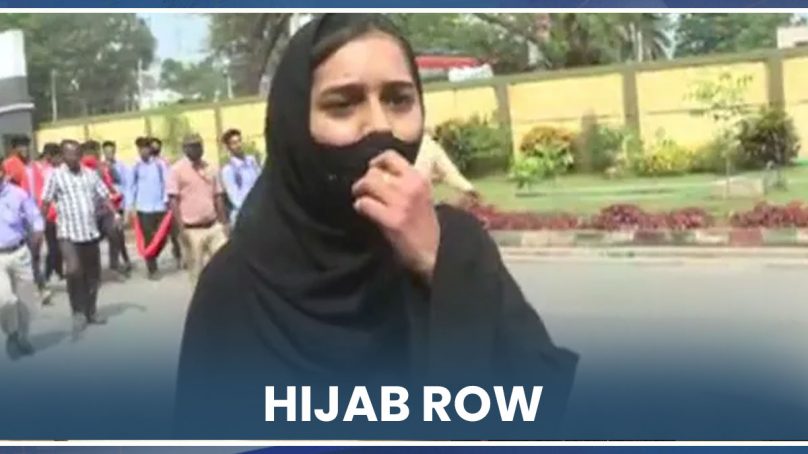 IN today’s India, Muslims appear to be the worst victims of the BJP’s farcical antics. Sometimes the Narendra Modi-led ultra-right party stoops so low as to stir a needless controversy over Bollywood star Shah Rukh Khan’s unintentional gesture of spitting on singing icon Lata Mangeshkar’s mortal remains while offering his last respects. In other instances, they tend to typically target the safety and wellbeing of India’s minorities, particularly Muslims, and the recent row over schoolgirls donning hijab amply testifies to this fact.

These examples regrettably demonstrate how India has changed under Prime Minister Modi’s watch, who has invariably appeared hell-bent on projecting a destructive image of India to the world. And the first manifestation of this effort came to the fore when the ideologues and hooligans of the BJP turned the famous Babri Masjid into rubble; sadly, those who backed this ugly development are today in the corridors of power.

In the case of Shah Rukh Khan, a BJP politician spitefully distorted a simple sign of respect by falsely claiming that the actor ‘spat’ at Lata Mangeshkar’s burial. This isn’t the first time the Bollywood superstar has been targeted by the far right, who have also questioned the patriotism of other Muslim celebrities in India.

Concerns about the hijab dispute have grown as the administration in Karnataka has refused to allow female Muslim pupils to wear the garment to school. It’s evident that this isn’t about academics, but about eradicating religious and cultural symbols and dictating what women and girls can and can’t wear. The state in India has no business dictating Muslim women how to dress, just as the Afghan Taliban and other Muslim hardliners have no business enforcing clothing restrictions for women. The footage of a veiled student being heckled by a far-right Hindu crowd on her way to class in Karnataka is terrifying, and her bravery in the face of such violent intimidation deserve commendation.

What are the options for India’s Muslims? They’ve been chased down for allegedly eating beef, stripped of citizenship on dubious grounds, and barred from praying in public places under Prime Minister Narendra Modi’s leadership. Schoolgirls are now being singled out for donning the hijab. If the fundamental rights of Indian Muslims are to be respected, this folly must end.

If India is still committed to democracy, minorities must be permitted to live according to their religious and cultural values without fear of being victimized. If the decision has been made to dump democracy in favor of Hindutva, then the prospects for Muslims and other religious followers in India — indeed, all those who believe in plurality — is bleak.