How To Get Away With a Murder - Rava.pk
Recent View all
Sports
Read more 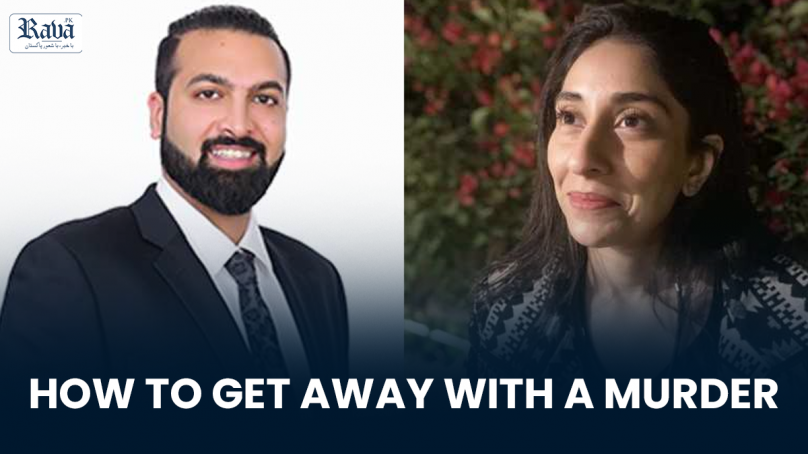 How To Get Away With a Murder

How can you trust the world where a woman is brutally beheaded?

How do you feel safe when you know if anything happens to you, you will be blamed and not the doer?

How can you peacefully step out of the house when every other day a new murder story of a woman surfaces on the internet?

How do you call it a safe world for your children to grow up in?

The country where a man slaughters a woman and his family labels him “mentally unstable” to help him flee the country, can never give justice to the victim.

When Noor Mukadam (daughter of a Shaukat Mukadam, the former ambassador of Pakistan to South Korea) was brutally murdered at her murderer, Zahir Jaffar’s house displayed the example of injustice and barbarism.

Zahir belongs to one of the influential families of Pakistan (Jaffer Group) and his family is using their contacts to help him escape the country. Even though the police have verified that he was completely in his senses when he killed Noor, his family continues to support the animal-like behavior of their son by calling him mentally unstable. Having had terrorism and rape charges under his belt, Zahir’s parents raised a psychopath who does not deserve to live.

We, as a society are to be blamed for it. The deep-rooted misogyny seems to have no end. This is the nation that finds sexist jokes funny, where a strong woman is abused, which feels pride in mistreating women, where girls are not sent to school because educated girls are a threat the society, where women are asked to stay home but men aren’t taught to behave and respect women, where every wrongdoing of a boy is ignored because “boys will be boys”. And, when a woman is raped, killed, or harassed, she is blamed. Why? Because she is a convenient target.

The male superiority that has grown over the years has reached the point where normalization of such monstrous acts is the standard.

The question is: What does it take for a woman to be safe in this country? How many Noors do we have to witness before the higher authority comes to realize the heinous treatment women in this country have been receiving for years? When will this stop? When will victims continue to be blamed?

Noor’s case is being highlighted in the media, what about women who go through this every day and aren’t aware of their rights?

Keep it Clean on Eid-ul-Azha