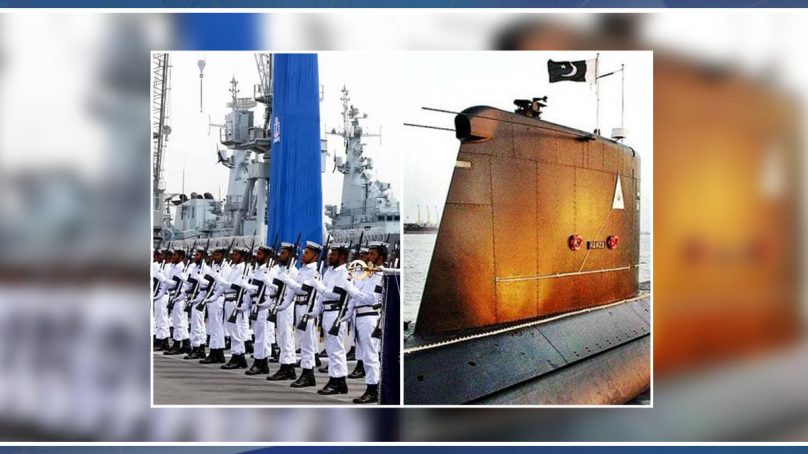 Indian Submarines’ Unrequited Quest for Presence in the Arabian Sea

Around midnight on October 16, 2021, one of the Pakistan navy’s anti-submarine warfare aircraft picked up a fading silhouette of unknown surface contact. The aircraft, as reported by the Pakistani military’s ISPR, was on a routine reconnaissance mission that night. The contact was closed and watched on various sensors fitted aboard the aircraft. Active, passive, and visual searches indicated the contact was an Indian Kalvari class submarine. In naval parlance such a visual detection of a submarine, beyond any doubt, is called a ‘certain submarine contact’ or in short a ‘certsub’. This is the third of its kind, the first being on November 14, 2016, when the Pakistan navy’s long range maritime patrol aircraft detected India’s 209 class (German-built) submarine. The detection had been denied by India.

On March 4, 2019, during the Pulwama crisis, India’s Kalvari class submarine was detected by the Pakistan navy’s P-3C Orion aircraft away from Karachi near Makran Coast. The silhouette, periscope, and other movements confirmed it to be the Indian submarine. Though India denied the ‘detection claims of Pakistan’ through media later the submarine commander was fired as the hapless submarine entered Mumbai after an arduous journey back home at incredibly slow speeds of 2-3 miles per hour. The latest detection of October the 16th has also been denied by India’s mainstream media, saying the ‘claim remains unverified’, while the military sources have yet to say anything on that.

The latest detection comes at a time when the Indian military is in a debate to restructure its combat command and control mechanism to remain effective. An articulation of ‘maritime theatre command’ is on the cards, the primary function of which is assumed to be to keep a guard in the Arabian Sea, most likely against Pakistan. Besides the latest operational reconfiguration, the Indian military has been adopting and leaving several strategic and operational ideas for the past two decades. Sunderji’s ‘simultaneity and deep thrusts’ to ‘Cold Start’ to ‘improvised Proactive Ops’ to ‘Dynamic response’, narrated by Indian Army Chief M M Narvane while speaking at a seminar on land warfare in March 2020. On the doctrine side, India has authored several militaries, maritime and joint doctrines giving general guidelines to military commanders and revealing public-related information about the military’s way of work.

India’s theatre commands, configured on the cardinals of the US Goldwater-Nichols scheme, would be joint military commands headed by three-star military officers. The geographical ‘combatant commands’ aim to channelize resources and be ‘responsive’ to multi-dimensional threats to India’s integrity and strategic interests. The Indian strategic community believes both China and Pakistan pose considerable threats justifying the institution and operationalization of joint theatre commands. Submarine forces are expected to be under the maritime theatre command headed by a high-ranking Indian naval officer.

India’s military professionalism has come under sharp scrutiny these past few years. Responding to the post-Pulwama ‘surgical strike’, the Pakistani air force launched ‘swift retort’ and shot two Indian fighters, which India chose not to escalate. Post-Uri incident, in 2016, India’s attempted ‘surgical strike’ did not result in fruition despite a pompous celebration after the purported strike. India’s endeavor to set a ‘new normal’ against Pakistan, by attacking spots that India thinks are keeping anti-India terror forces, appeared to have failed as Pakistan did not step back from making the military choice.

Deployment of Indian submarines in and around Pakistani waters could have many purposes. These stealthy platforms could gather vital information about military and commercial activities, which can later be used in military operations. Major peacetime missions of a diesel-electric submarine are mostly intelligence gathering. Another unique advantage of these submarines is their ability to operate in shallow waters, as shallow meters pose threat to maritime shipping in times of crisis.

Detection of a submerged submarine is not an easy proposition, even for the most advanced navies. This is even more demanding in the Arabian Sea, where the depth-temperature profile of the sea vis-à-vis sound waves’ travel allows the enormous opportunity for a subsurface vessel to maintain its discretion. However, chance incidents could make the submarine detection and track possible but that requires a considerable focus, alertness, and sound professionalism. Submarine at periscope depth gives a very small cross-sectional area for the radar to enable its detection.

The Indian navy’s submarine operating history is replete with several accidents and losses. Maritime Study Forum, a Pakistani online magazine, suggests that Indian submarine Sindhughosh met collision in 2008; Sindhurakshak had a fire on board in 2010 and suffered flooding leading to its sinking in 2013; Shankush caught fire in 2010; Sindhuratna had a major fire on board in 2014 and Arihant had faced major damage due to flood in 2017 making her out of action for nearly 9 months. Submarine detections at periscope depths also show some technical issues, otherwise, a submarine commander would never wish to be seen by the enemy close to hostile shores. Streaks of failures indicate there could have been unreported accidents as well, which cumulatively show the Indian navy’s unhealthy submarine operational record.

With such a questionable operational log of Indian submarines, one could argue that Indian submarines might incentivize Pakistan to take them on militarily should such a situation arise in the future. Indian desire to dominate the depths of the Arabian Sea may not seem a possibility with the current state of submarine operations. Submarine detections, besides several Uranium thefts inside India, make things a little complex for the Indian military planners making it necessary to rethink operational choices against Pakistan even in a time with all the theatre commands in place. The Indian navy should not become a routine ‘certsub’ navy while on the other hand, it prepares to operate nuclear-propelled ballistic missile carrying submarines.

Zayan Tamer is a graduate of the University of Karachi in International Relations. His areas of interest include national security, climate change, and deterrence. He tweets at @ZayanTamer and can be reached at: zayan.tamer@outlook.com.