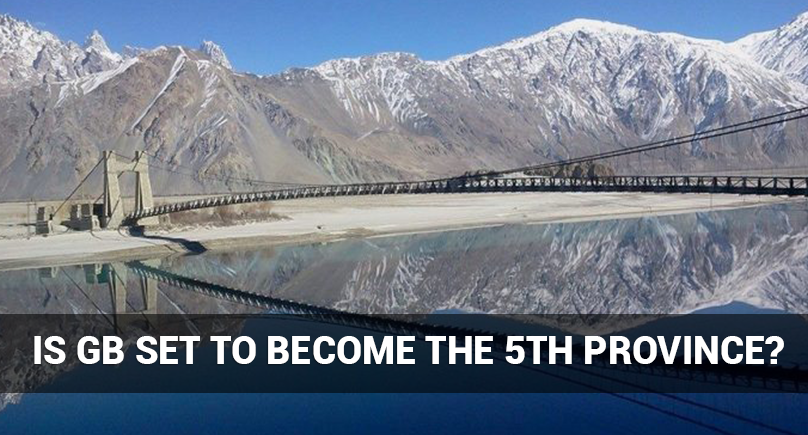 For once, all political parties in the country have reached a consensus: that Gilgit-Baltistan should be accorded the status of a province.

As per this consensus, the parties have decided they will take this important step after the elections in GB that are due soon. The opposition had demanded that integrating GB into the federation should not be treated as a one-sided issue and thus should wait so canvassing does not influence the debate unfavorably.

This has been an age-old demand of the people of Gilgit-Baltistan because they have been in a constitutional limbo for a number of years. This has resulted in deep complaints and political strife that have continued to rankle in the absence of any somber attempt by Islamabad to deal with them. From this perspective, the decision to make GB a province is a commendable step. There are caveats, however. The final status of GB is linked to the final resolution of the Kashmir dispute.

The key reason that Pakistan had not integrated Gilgit-Baltistan into the federation was to ensure that such a step should not influence the dubious status of Kashmir in accordance with the resolutions of the United Nations. Given the BJP government’s initiative of annexing India-held Kashmir by rescinding its special status last year, there is a concern that by integrating GB as a province, Pakistan may weaken its case in the way that India has. Nevertheless, the issue may be dealt with if Pakistan can say GB’s status as a province will be a temporary one and the final status will be contingent on the resolution of the Kashmir issue.

The political leadership should deal with this issue with maturity and neutrality. The best course of action would be to have a full debate in parliament and all legal and international facets of the matter should be deliberated exhaustively. The final amendment should have an impermeable text that is examined by specialists of international law keeping in mind the requirements of the UN resolutions on Kashmir. Once done, the amendment should enjoy undisputed support to announce to the world that Pakistan stands resolutely behind this decision. This is a significant step and should be given the attention it merits.

End of Roads: Mian sahab, good days are over!