Is the ice melting between Moscow and Islamabad?
Recent View all
Technology
Read more

Home  »  Editors Choice   »   Is the ice melting between Moscow and Islamabad? 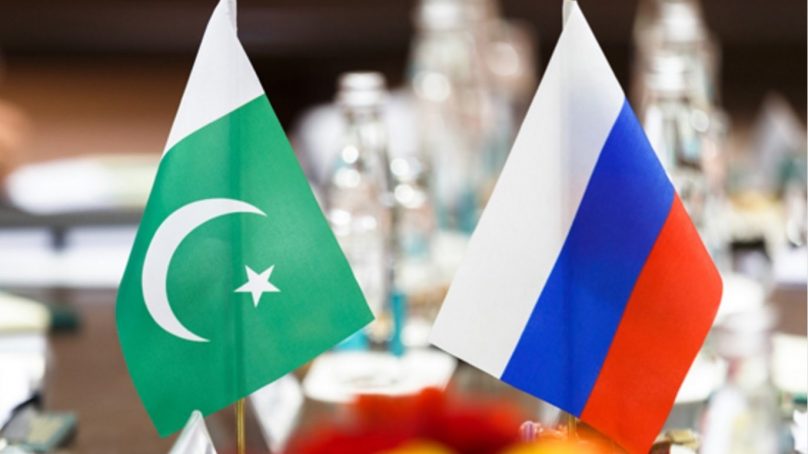 Before moving on, let’s take a look at the tense relations between the two countries through the windows of history. With the existence of Pakistan, the Cold War era had begun. The world at that time was divided into two superpowers, the Soviet and the American bloc. Indian Prime Minister Pandit Jawaharlal Nehru preferred to have balanced relations with the two world powers. On the other hand, diplomatic relations between Pakistan and Russia were established in May 1948 and Prime Minister Liaquat Ali Khan was invited by Russia to visit Moscow. However, Pakistan preferred Washington, and Liaquat Ali Khan left for the United States in May 1950.

In the 1950 Korean War and then in the 1954 Colombo Plan, Pakistan’s weight was entirely with the United States and the West. Even in the crisis of the Suez Canal in July 1956, Pakistan continued to support the West. Meanwhile, Pakistan-Russia relations soured when Pakistan joined the defense pacts CETO and CENTO. On the other hand, in 1955, Russian leader Khrushchev visited India and Russia’s relations with India began to grow. The gulf between the two countries widened when Russia exercised its veto on India over the Kashmir issue in 1957.

The situation was further aggravated when a U.S. military base was shot down by Russians and its pilot, Gary Power, was taken into custody. ۔ This was the most critical moment in the history of Pakistan-Russia relations. However, a trade agreement was signed between Pakistan and Russia in 1963, while Russia’s stance on the Kashmir issue also eased. President Ayub Khan visited Russia in April 1965. In Tashkent after the 1965 war, Russia played a key role in brokering an agreement between Ayub Khan and Lal Bahadur Shastri. Ayub Khan visited Moscow again in September 1967, during which time Russia refrained from concluding a defense agreement, but made important agreements on agriculture and thermal power.

Former Army Chief Raheel Sharif visited Moscow in July 2015, as a result of which Russia agreed to provide MI35 helicopters to Pakistan. As a result of this visit, in September 2016, Pak-Russia military exercises took place in Ratu and Charat areas of Astor, which India viewed with concern.

Prime Minister Imran Khan and President Putin met June 14 in Kyrgyzstan on the sidelines of the SCO summit. The two leaders will discuss Pak-Russia relations, the situation in the region, the Afghan peace process and global issues.

Ever since then, international analysts have believed that backdoor diplomacy in Pak-Russia relations is improving and that there has been positive news from both sides in the field of diplomacy.

Today, Pak-Russia relations have entered a new era. Proof of this is the arrival of Russian naval forces in Pakistan and participation in recent peace exercises. Nine years later, Russian Foreign Minister Sergei Lavrov arrived in Pakistan with a delegation on Tuesday. This important visit of the Russian Foreign Minister has become the focus of regional and global attention.

During the visit, important regional and global issues, including Afghan peace, were discussed, as well as bilateral relations. The visit is crucial in the context of growing diplomatic, economic and military ties between the two countries. Russian Foreign Minister Sergei Lavrov called on Army Chief General Qamar Javed Bajwa at General Headquarters Rawalpindi.

Army Chief General Qamar Javed Bajwa said that Pakistan was keen to enhance defense and military cooperation with Russia. Pakistan supports all initiatives for peace in Afghanistan. Pakistan has no aggressive intentions against any country. Pakistan will continue to play its role in regional development on an equal footing.

Prime Minister Imran Khan also called on Russian Foreign Minister Sergei Lavrov and discussed bilateral relations, regional and international issues. During the meeting, Pakistan’s views on peace and security issues in South Asia and the situation in the region, including West Asia and the Middle East, were discussed.

There is no denying the fact that Russia considers Pakistan as its most important strategic partner in the context of Afghanistan.

Overall, Pak-Russia relations have seen a multi-fold increase in confidence building between 2011 and 2016. Behind this are meetings at various levels over the years, sideline talks of international gatherings, contacts.

On the other hand, the warmth in Sino-Russian relations is also a positive sign for Pakistan, as evidenced by the fact that the Russian Foreign Minister, in a joint press conference with Shah Mehmood Qureshi, announced the supply of military equipment to Pakistan for counter-terrorism. Defense relations are very important for the future

Surprisingly, the Kremlin no longer blindly supports Delhi as it has in the past. This is the best time for the Kremlin and Islamabad to forget the bitterness and coldness of the past and lay the foundation for a positive relationship in the changing context of the global scenario.

Signs indicate that the ice between Moscow and Islamabad is slowly melting.