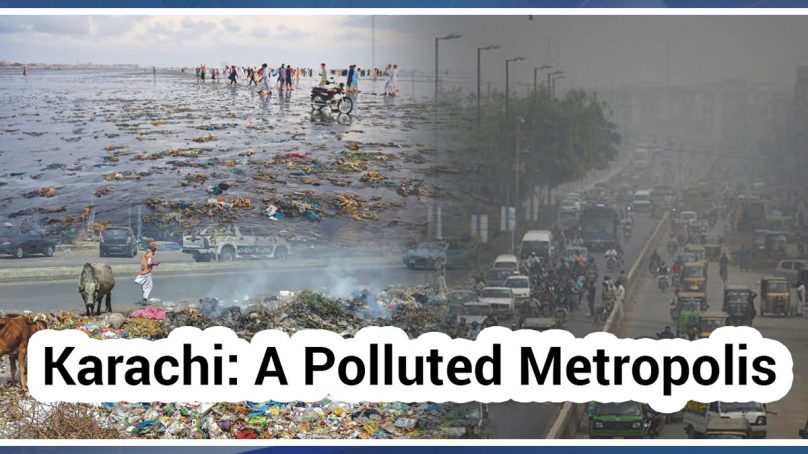 When you think of Karachi, the first thing that comes to mind is a metropolis that has been turned into a city that has no infrastructure at all due to the indifference of its own people and the patronage of others. Garbage piles, broken roads, smoke-emitting vehicles and chaotic crowds are increasing the air pollution rate of this city.  Last week, on February 6, Karachi came sixth in the list of cities affected by air pollution in the world and the city’s air was once again declared the ‘most polluted’.

In the list of cities most affected by air pollution in the world, Karachi is one of the ten cities whose air is found to be harmful to breathing.

Quality of air pollution on the Air Quality Index

However, further pollution is extremely harmful to health.

How to test for air pollution

Currently, there are two private air pollution testing devices in Karachi, one at the US Consulate and the other at the Lexon Investment Building.

Data is monitored on the global website Air Quality Index with the help of these two devices while determining the rate of air pollution in Karachi.

Is there a mechanism to check air pollution at the government level?

No. There is no integrated government-level monitoring of air pollution or smog in the city.

What is the position of Meteorological Department?

Director Meteorology Sardar Sarfraz, while talking to Rava News, said that there is no system at the government level to check the ratio of Air Quality Index in Karachi on a regular basis. We have no information in this regard.

In this regard, from time to time, SEPA teams conduct environmental analysis of Karachi’s airspace.

Last year, regular environmental monitoring of vehicles was carried out on various busy highways of Karachi with the help of traffic police.

Approximately 25% of expensive vehicles were found to emit more smoke, and, with the help of traffic police, they were also fined on the spot.

Environmental monitoring of vehicles to prevent air pollution will continue.

Speaking to Rava, Engineer Ali Mustafa, Chairman, NED, Department of Environmental Engineering, said that we should monitor the air pollution testing devices ourselves but we also need outside to pick up garbage.

Some of the major pollutants in Karachi include chaotic transport, garbage and the industrial sector.

He said that Karachi is the only mega city in which there is no mass transit system and the number of vehicles is increasing leading to a rise in pollution, while garbage of Karachi is also a major issue.

It is worth mentioning that there are some citizens in Karachi who are running self-help meteorological systems which are also installing air quality indexing systems in certain areas.

Meteorologist Jawad Memon has set up a climate change monitoring unit at his home and has an air quality index that allows him to track air pollution rates and publish them on his website and social media platforms. He said that testing of air quality index is very important as it not only provides information about the atmosphere of the city but also helps the citizens to take care of their health.

He also lamented the government’s indifference.

He said that more trees should be planted in Karachi to reduce air pollution and prevent it while the government and the citizens now have to think seriously in this regard. Because this growing air pollution is not an individual problem, but a collective problem.