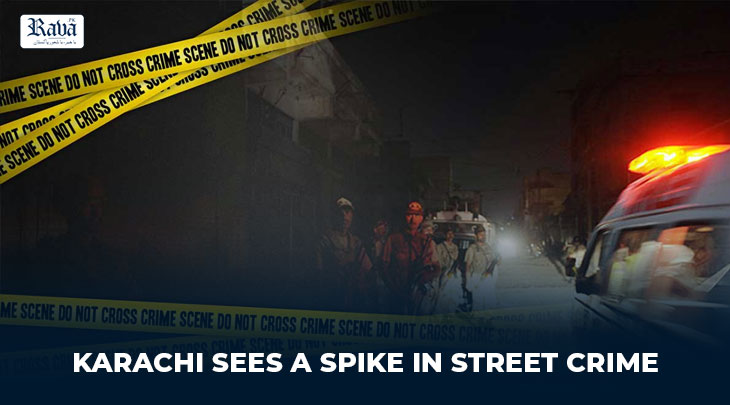 KARACHI is once again in the grip of street crime. On Wednesday, a cotton trader from Daharki was waylaid by armed men after he’d withdrawn a large amount of cash from a bank. When he resisted, the muggers gunned him down and fled with the plundered money. The trader succumbed to his wounds in hospital.

In another shocking incident, a newly-wed person was killed at the doorstep of his house when he opened it to let in his mother and sister and was fired upon by a burglar meant to rob the women of their jewelry. Exactly on the same day, another man was killed when he put up resistance to the criminals on the Super Highway. The opposition in Sindh has lashed out at the PPP-led government for its failure to contain the rising crime graph in the metropolis, while demanding that the Rangers be given a free hand to carry out an extensive operation against the criminal elements in Karachi.

When the cleanup operation—led by the Rangers—began eight years ago in the metropolis, Karachi was a cradle of ethnic, political and sectarian violence; targeted killings, kidnapping for ransom and bank heists were a norm. The paramilitary’s crackdown on these large crimes, which was their mandate, coincided with a decline in street crimes, particularly vehicle theft and mobile snatching.

Despite the fact that large crimes have been in check in recent years, the graph of street crime has begun to rise, with occasional surges. However, it is the police’s responsibility to safeguard citizens, and it’s incumbent upon them to do their job more effectively. For starters, more high-quality security cameras should be put in crime hotspots, and police monitoring should be enhanced. Another issue contributing to the persistent levels of street crime is that perpetrators, even when apprehended, are often released after being acquitted, necessitating improved evidence collection to assure conviction. Indeed, the hapless citizens of Pakistan’s financial capital deserve better.