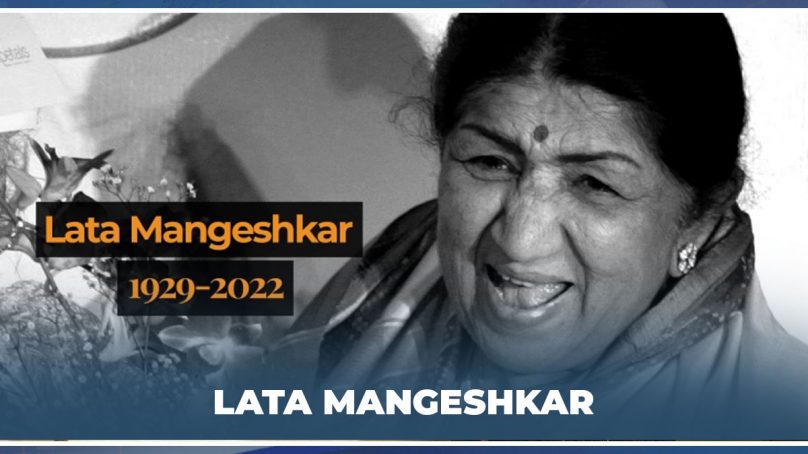 LATA MAGESHKAR, an iconic Bollywood singer who mesmerized millions of music connoisseurs across the Indian subcontinent with her mellifluous voice and a massive list of credits to her name, passed away on February 6 aged 92.

Reports suggest Lata died of complications from Covid-19 at a Mumbai hospital where she remained admitted to its intensive care unit for over a month.

With her sad demise, an era of soothing, quality music has come to an end. Following her death, gushing tributes started pouring in not just from the country where she lived, sang and died, but also from all corners of the globe where aficionados of fine music are enthralled by her soulful, magical voice and unforgettable melodies.

India’s Prime Minister Narendra Modi tweeted: “I am anguished beyond words. The kind and caring Lata Didi has left us. She leaves a void in our nation that cannot be filled.”

Mourning the loss of the legendary singer, Prime Minister Imran Khan said the subcontinent had been deprived of “one of the truly great singers the world has known”.

“Listening to her songs has given so much pleasure to so many people all over the world,” he said.

She lost her father at a tender age of 13, which forced her to make a living to support four younger siblings. The family eventually moved to Bombay, now Mumbai, in 1945, where she began her career as a playback singer, and her sweet-as-honey voice became a permanent fixture of Bollywood hits.

In January 1963, she was invited by the government to sing a patriotic tribute to the soldiers lost in the 1962 Indo-China conflict at India’s Republic Day commemorations, reflecting her enormous popularity. Then-Prime Minister Jawaharlal Nehru was said to have been brought to tears by her performance of “Oh the People of My Country.”

In the decades that followed, composers and film producers competed to sign Mangeshkar for their projects.

Mangeshkar did not dither when it came to taking a stand over asking for a share of the royalties earned on her songs.

She personified humility, discipline, and dignity—attributes that helped her lend her voice to actresses who were 50 years her junior.

Lata is often accused of giving fewer opportunities to newer singers to grow, as she—along with Asha Bhonsle—commanded a monopoly in the Indian film industry from the 1960s to the early 90s.  She, however, rubbished this criticism, saying “in an industry which makes the highest number of films in the world, I couldn’t possibly have insisted that all the songs should be given to me.”

A recipient of multiple prestigious awards, Mangeshkar was awarded the Bharat Ratna, India’s highest civilian honour, in 2001 and received France’s Legion d’Honneur in 2009 in recognition of her immense contribution to Indian music and cinema.

As well as recording devotional and classic albums, Lata sang in more than 1,000 films, recording around 27,000 songs in a number of languages including English and Russian.

The news of Lata’s death also sent shock waves across the political scene of Pakistan, with several politicians expressing grief and condolences on the iconic singer’s passing.

In a tweet, Information Minister Fawad Chaudhry likened her death as “the end of an era in music”, saying the singer ruled the world for decades and the “magic of her voice” would live on.

“The people of my generation grew up listening to her beautiful songs that will remain part of our memory. May she rest in peace,” he tweeted.