Lesson for the PCB
Recent View all
News
Read more 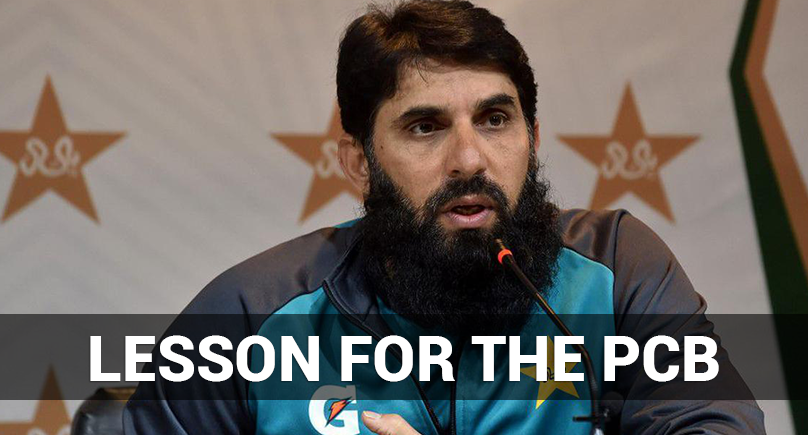 Lesson for the PCB

WHEN the PCB decided to appoint former cricket skipper as the national team’s chief selector and head coach last year in September, many frowned upon this ludicrous move. Time has proved the critics were right.

Misbah-ul-Haq’s 13-month stint as head coach-chief selector-batting coach is finally over. On Wednesday, he announced he was quitting his job as chief selector because he couldn’t give sufficient time to his other responsibilities assigned by the cricket board.

Truth be told, Misbah, despite being a superb cricketer and the most successful captain in the country’s cricketing history, had no experience whatsoever of coaching or selecting a team. Secondly, given his age, it would not be physically possible for him to carry out his two duties with diligence. But instead of factoring in these realities, and paying any heed to the experts’ and former cricketers’ observations, the PCB went on to task Misbah with the role of batting coach.

Unsurprisingly, it has been a downhill road for the former skipper; Pakistan lost chief series against Australia and England. In all three formats — Tests, ODIs and T20s — its rankings have sunk, drawing the wrath of cricket fans. The appointment of former batsman Younis Khan as batting coach on the last England tour in July-August signaled that the pressure of assuming three roles at once had begun to tell on Misbah. Now he has done away with the role of the chief selector as well.

While the new dispensation in the PCB appears committed to changing things for the better, all it has done thus far is to take swift decisions, only to reverse them or see them boomerang. The cricket board must learn from the botched Misbah experiment and appoint a veteran person as chief selector to ensure that national squad is represented by the very best.