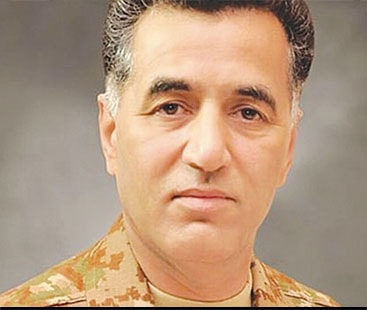 Lieutenant General Faiz Hameed has been appointed as the Director General of Inter-Service Intelligence (ISI), Pakistan military said on Sunday.

General Hameed will be replacing Lt-Gen Asim Munir, who has now been posted as the Corps Commander Gujranwala, according to the Inter Services Public Relations (ISPR), the media wing of the army.

Lt-Gen Sahir Shamshad Mirza, who was also promoted to the rank of three star general this April, has now been posted as the Adjutant General of the Pakistan Army at the GHQ.

Other changes included the posting of Lt-Gen Amir Abbasi as the Quarter Master General, and the appointment of Lt-Gen Moazzam Ejaz as the Engineer-in-Chief at the GHQ.
Like 0
Dislike 0
Lieutenant General Faiz Hameed1
Previous
Editors Choice
Read more

Pakistan ‘on positive trajectory of peace and development’, says COAS