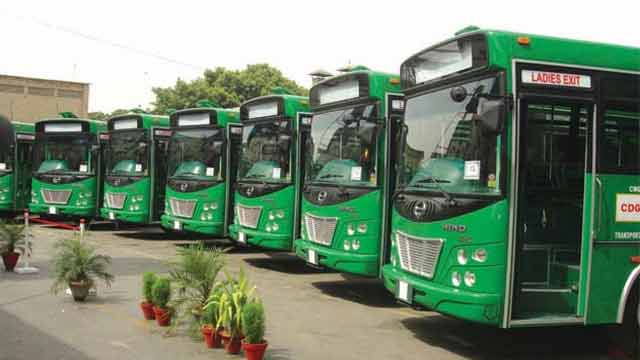 THERE was a semblance of respite for the Karachiites when, following a huge delay, the much-touted, highly expensive Green Line bus service was finally inaugurated by Prime Minister Imran Khan on Friday.

Launched in 2016 by the PML-N-led government, the federally funded scheme has cost almost double its original estimate thanks to the inordinate delays in execution. Although the Green Line may not fully address the transportation needs of the Karachiites, who’ve been robbed of a decent public transport system for decades, it can be hoped that the launch of the project is a stepping stone to more such exciting facilities for the metropolis.

Nonetheless, whether it is public transport or other elementary civic amenities, the acute dearth of service delivery has been worsened by the noxious federal-Sindh relationship, with both sides regularly hitting out at each other’s initiatives. But on Friday, the premier set his typical diatribes aside and asked the Sindh government to work with the Center for the betterment of Pakistan’s largest city.

It would, in fact, be in the larger interest of the people Karachi, if both sides shun the blame game and take steps for city’s betterment. Surely, collaboration between the federal government and Sindh in public transport projects, water schemes, and civic infrastructure, etc., is needed to boost basic service delivery in Sindh. Needless criticism of the Sindh government and federal ministers’ alleged interference have thwarted efforts at cooperation on many occasions.

But can the PPP officials and ministers claim the moral high ground and slam the Center for many governance issues when the Sindh government itself is plagued by corruption and misgovernance? For example, food prices in Karachi are higher than in many other cities, but the Sindh government still has no logical reasoning for this anomaly. Yet it is also a fact that PTI, which received a heavy mandate from Karachi in the last general elections, has failed to deliver in the metropolis. Instead of spending time in their constituencies so they can appreciate the problems of their voters, most lawmakers do not go beyond hurling profanities at their political rivals and defending their government and their leader.

Rather than engage in petty politics and mudslinging, both the federal and Sindh governments ought to work for the improvement of the entire province, especially Karachi. They must not lose sight of the fact that the common goal is to serve the people of Sindh, and not to indulge in needless verbal brawls that serves no one.