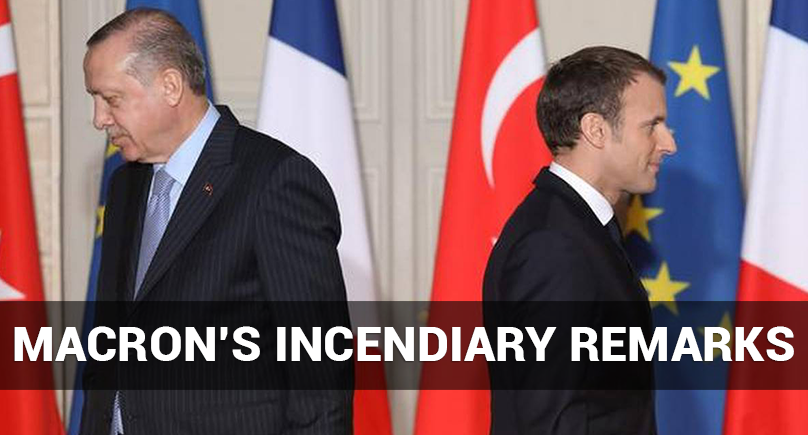 THE issue of the caricatures is under the spotlight again, though this time it’s more serious than before.

French President Emmanuel Macron so unhesitatingly and unabashedly vowed not to “give up cartoons” despite knowing full well the implications of his inflammatory words. Such loud sentiments, which come on the heels of the murder of a teacher who allegedly showed his students provocative depictions of the Holy Prophet (PBUH), are simply acceptable for Muslims across the globe.

While there is no justification for murder, the extremist actions of a few, especially by a national leader, tarring an entire community with the same brush, are also offensive and uncalled for.  The healing touch that is so greatly needed to suppress the “tyranny and fanaticism” that Mr Macron spoke of is simply non-existent. Undoubtedly, the idea is to overcome divisions and to peacefully coexist that is so important in a multicultural environment.

The best course of action for the French government would be to resolve strains between religious groups. The inflammatory remarks are precisely the tonic that fanatics need to push their ideological war. And this is exactly what the Pakistani leadership has been trying to convey across the noise of protest that Mr Macron’s words have created.

For centuries, France has led nations globally in their pursuit of a better world, for freedom, parity and brotherhood. From the niceties of art to the hunt of revolution and politics, Mr Macron is the guardian of one of the world’s richest historical legacies. It is the treachery of this legacy that Prime Minister Imran Khan and his Foreign office are talking about when they question the French president’s comments, terming them an “encouragement to Islamophobia”.

Mr Khan and other Muslim leaders would do well to mount a campaign to find allies who can help build up a strong defence against forces of radicalism, without resorting to violence. With the passage of time, a rising number of politicians worldwide have been influenced by the power of faith-based sentiment. This has increasingly threatened those who want to keep religion out of politics. A well-rounded drive to fight fanatical thought and action could well be in order, both abroad and at home.