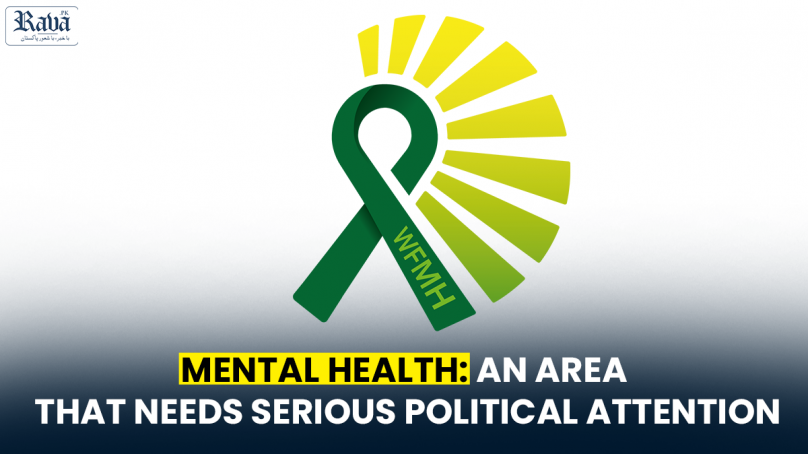 We Pakistanis barely take mental health issues seriously. In fact, many of us — both educated and otherwise — dismiss mental diseases as mere superstitions. They falsely think that only conditions like diabetes, hypertension, heart disease, eye infections, and more constitute as “ailments”. And if you have any serious psychological or mental conditions, you typically get referred to quacks or so-called holy men for the resolution of your problem.

And there lies the rub: constant negligence of some form of mental illness has resulted in more than 35% of Pakistanis requiring psychological help, according to The Pakistan Association of Mental Health. Such an alarming figure suffices to jolt our politicians and policymakers into action. And the long-term effects of Covid-19 has only aggravated this unenviable reality: across the globe, the number of people suffering from such mental conditions as anxiety and depressions has seen a sharp rise since the beginning of the pandemic.

A huge body of research conducted in the last two years concludes that mental health diseases are prevalent in both wealthy and middle-income countries. But low-income countries — Pakistan also falls in this category — have been particularly impacted, especially in the wake of the Covid-19 pandemic. The PAMH also says approximately 13,000 people commit suicide every year in the country, and out of them 95% suffer from mental ailments. Dearth of political attention to the issue and misunderstandings about mental health has kept the discourse, and also the comprehension of the larger effect, quite limited.

People with mental disorders are often stigmatized, with their fundamental rights often breached on grounds of dubious cultural and religious beliefs. In the larger context, though, it’s excessively difficult for the common man to find access to life-saving medical intervention. Modern mental health services seem to be a distant dream to some, with the acute scarcity of mental health experts in the country exacerbating the situation.

Therefore, the fact that the majority of victims do not receive any help or counselling is barely surprising. Many then turn to swindlers who then cash in on the desperate people looking for overnight solutions. The 2001 mental health ordinance failed to deliver and, following devolution, the provinces have relegated strong and effective mental health laws to the backburner.

Of late, several news reports about the souring number of suicides in the country has shocked us to the core, and is enough to stir a comprehensive discourse on the issue of mental health. Though policymakers, the judiciary and the police are becoming cognizant of the significance of the problem, there’s virtually nothing practical on the ground.

It’s high time the government took steps to synergize mental health interventions with the basic healthcare infrastructure in the country. Furthermore, the public, through a robust campaign, needs to be convinced that treatments for mental illnesses do exist and that stigmatizing the victims will only be counterproductive. The World Mental Health Day, observed on Sunday, was an opportunity to note that mental health is a grave social and medical issue and that the community and family members must not take it for granted.