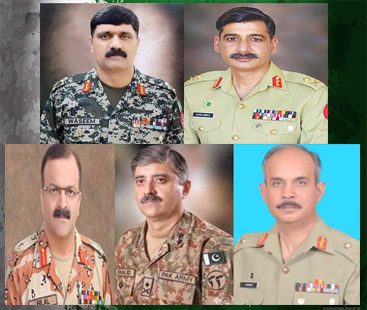 Yesterday, four major generals had been promoted to the rank of lieutenant general.

The promoted officers are to assume their new positions after retirement of three lieutenant generals in the last week of the current month. Another vacancy will occur in the last week of November when the incumbent Joint Chiefs of the Staff Committee (CJCSC) chairman Gen Zubair Mahmood Hayat will retire from office.