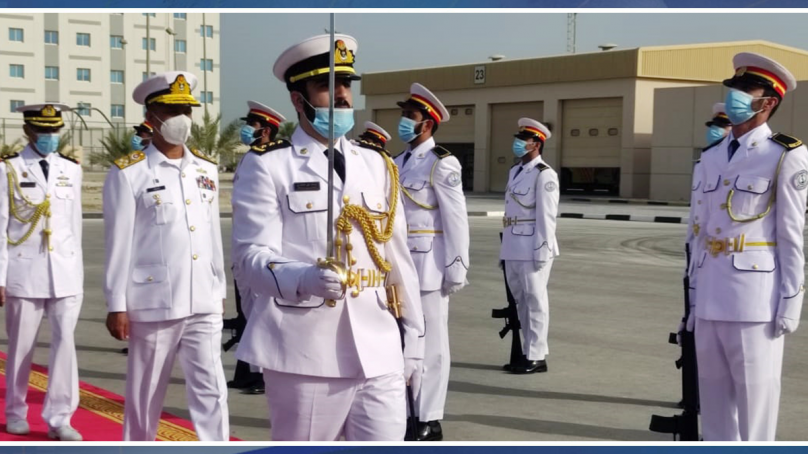 Upon arrival at Naval Headquarters, the Admiral was received by Commander UAE Naval Forces and presented ceremonial Guard of Honour. The Naval Chief was given comprehensive briefing on UAE Navy. The Admiral also visited Shipbuilding Facility, Naval Forces Institute and Ghantout Naval Base at Abu Dhabi.

Later, during call on with Chief of Staff UAE Armed Forces, professional matters of mutual interest including bilateral defence collaboration were discussed. The Naval Chief highlighted importance of enhancing cooperation between the armed forces of both the countries through bilateral exercises and training programs. The dignitaries acknowledged the importance of strong military cooperation among the two countries.