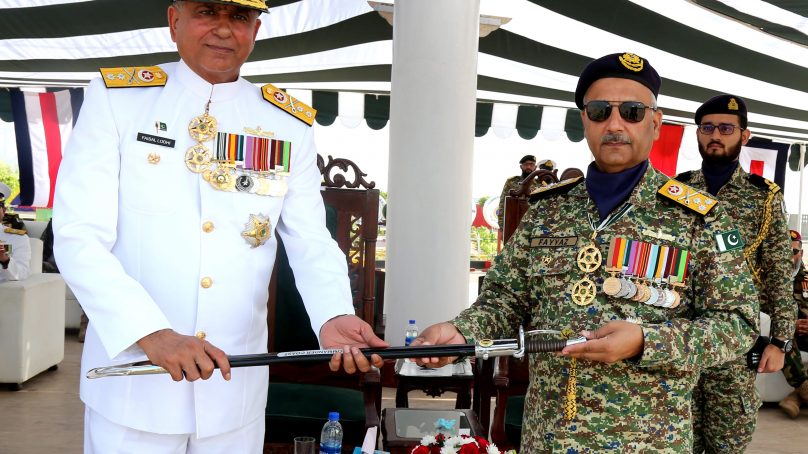 In an impressive Change of Command Ceremony held at PNS QASIM Karachi, Rear Admiral Faisal Rasul Lodhi took over the command as Commander Coast. Vice Admiral Muhammad Fayyaz Gilani handed over the command to Rear Admiral Faisal Rasul Lodhi. Commander Coast is the overall Commander of all units and establishments of Pakistan Navy along the coastal belt and creeks areas who also heads Special Service Group (Navy) and Pak Marines.

The Admiral is graduate of Pakistan Navy War College Lahore, Naval Staff College Philippines, Royal College of Defence Studies United Kingdom and National Defence University Islamabad. In recognition of his meritorious services, the Admiral was awarded Hilal-i-Imtiaz (Military) by the Government of Pakistan

On assumption of Command, the newly appointed Commander Coast was presented the Guard of Honour and was introduced to the Commanding Officers of units under command.The Change of Command ceremony was attended by a large number of Pakistan Navy officers and sailors.