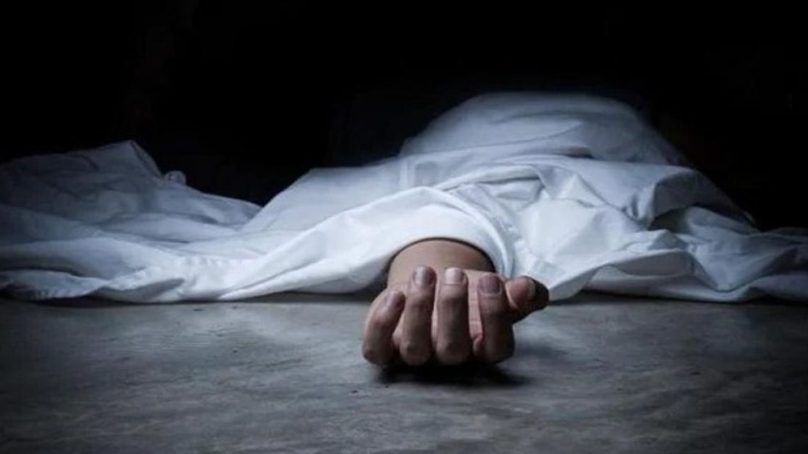 ‘We have left it only to Allah; He is the one who will take our revenge from the offenders. We could not imagine that we have to see our daughter’s body in this condition.’

This was said by Abdul Khaliq, who is a resident of Chak Kamla, twenty kilometers from Tanda city.

According to Abdul Khaliq, when he visited the grave of his 20-year-old mentally challenged niece the next day after the burial, he was shocked to find that someone had dug her grave.

Her body, which went missing from the grave, was found naked at some distance from the graveyard following a rigorous search. The body clearly suggested the someone had subjected it to sexual abuse.

Regarding the police investigation, he said that the police registered a case and sent samples for forensic examination.

Based on suspicion, some people with prior criminal records were questioned.

But he expressed his disappointment and said, “I don’t think that the police will ever catch the real culprit because the police themselves help the criminals. We are poor people and we have no access to the higher-ups.”

Nothing can be more haunting than the thought of an individual who can stoop so low as to pull a dead body out of its grave and subject it to sexual abuse in order to fulfill his wanton sexual gratification.

And that’s one of the discriminatory issues women in this society are faced with. We’d so far heard that women of this society are not safe even within the confines of their home; now, alarmingly, they are far from secure even inside the grave.

This is not the first case of desecrating a woman’s body by exhuming it. Rather, such incidents have become a dime a dozen; most of these cases often go unreported, while only a handful of them get the media attention.

Riyaz, a resident of Karachi, was arrested red-handed on 29 November, 2011. The court gave a verdict in this case after eleven years and sentenced the accused twice to life imprisonment and also slapped a fine of Rs50,000.

Cases of necrophilia are on the rise in Pakistan. A disgusting and humiliating act, necrophilia not only affects the deceased and their family, but it also has far-reaching effects on society.

What exactly is necrophilia?

Necrophilia is derived from the Greek word necros which means corpse and philia refers to love.

In general, sex with corpses or sexual attraction to dead bodies is called necrophilia. It is a paraphilia in which a person derives sexual pleasure from having sex with a dead body.

Talking about necrophilia, Dr. Maida, a psychologist from Lahore, said that necrophilia is not such a common mental and physical disease. People who are addicted to it are very lonely and mostly they themselves suffer from some disease or the other, while most of them are the rejected people of the society.

He pointed out such people and said that such people do not live in clean places, they live in desolate places, while most of their occupations are also such that they have easy access to the graveyard like Gurkin etc.

Talking about such people, he further said that their childhood is also very painful and these people are victims of wrong association from their childhood. Even if a few of them are their friends, they are also their crime partners.

Dr. Sophia Sohail, a psychologist from Lahore who is included in the Board of Governor of Punjab Child Protection Bureau, said that only dead women are subjected to necrophilia. In all the cases seen, only the body of the woman has been targeted, she added.

About the sexual tendencies of the people who commit such a despicable offence, Dr. Maida said the main driver behind this act is that their partner is not able to resist or refuse sexually.

Seconding this view, Dr. Sophia Sohail said that most of such people are afraid of being rejected. They want their partner to not be able to stop them sexually because they lack self-confidence and, therefore, they want a partner who can stop them for their sexual gratification.

Talking about the treatment of people suffering from such psychological diseases, she said that their treatment requires a lot of effort.

She said that punishment must be given but the only solution is treatment. Because the accused in these cases suffer from psychological complications, it is very important to have therapy for them.

Dr. Sophia Sohail said that such people have been getting punishment. However, they also believe that because it is a psychological disorder, such a person should be penalized as well as treated effectively.

What does the law say about necrophilia?

Pakistan has the largest written constitution in the world and yet it is silent on certain rights, especially the rights and protection of the dead.

The Constitution of Pakistan contains many penal laws which cover various aspects of crimes. But the penal laws specifically regarding necrophilia do not exist.

Article 37 of the Constitution deals with “promotion of social justice and eradication of social evils”, vaguely covering the act of necrophilia.

Section 377 of the Pakistan Penal Code, 1860 states that “Whoever commits sexual intercourse against the order of nature with any man, woman or animal, shall be punished with imprisonment for life and with fine.”

But in the case of necrophilia, the application of this provision can be given by judicial interpretation, which is not yet available in our country.

There is no clear law in Pakistan regarding necrophilia, i.e. desecration of a woman’s dead body, and that is why the perpetrators of this heinous crime, if caught, go free because of the lack of law.

Undoubtedly, necrophilia is a psychological disorder in which people are not worthy to be called human beings. It is an affront to humanity and humiliation of a woman whose body, even if dead, cannot escape the lust of sexual predators. Given the gravity of the problem, the lawmaking bodies should make effective legislation so that such psychotic people can face the full brunt of the law and be treated subsequently.