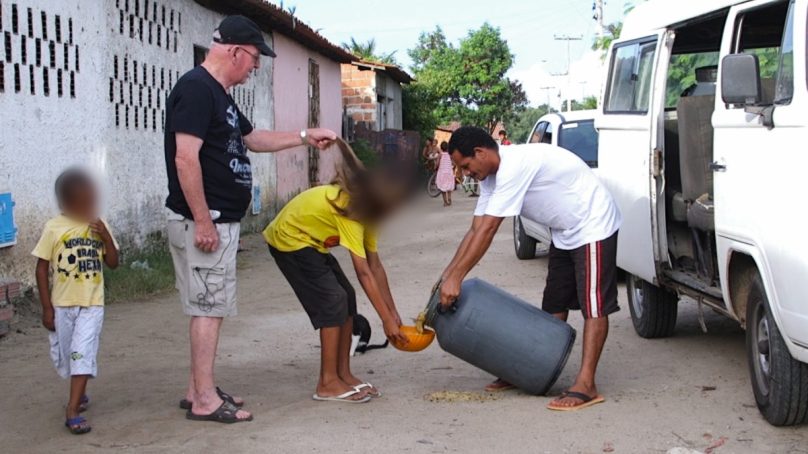 Every five minutes the members of the British organization Internet Watch Foundation (IWF) find an image or a video of sexual abuse of children on the internet.

“It’s something that nobody wants to read or understand, but it ‘s real,” they say.

This charitable foundation is dedicated to protecting child victims of sexual abuse by actively seeking and eliminating child pornography websites around the world.

Each year they publish a report with their results. And the numbers are alarming.

In 2018 they identified more websites than ever: 105,000 pages that have already been deleted and that contained 345,961 individual images.

Four out of five of these pages were hosted in Europe.

Image caption The British organization Internet Watch Foundation is dedicated to identifying and eliminating websites of child pornography around the world.

“Although we eliminated more images than ever, and despite using some of the main technological tools, the problem is far from being resolved ,” Susie Hargreaves, executive director of IWF, said in a statement announcing the publication of her report.

Hargreaves believes that the main cause of the problem is demand.

“Unfortunately, and as the police tell us, at this moment, for example in the United Kingdom, there are 100,000 people looking for images of child pornography,” he adds.

The numbers the foundation has just made public support his concern.

The IWF report, which is funded by the European Commission, notes that in 2018 there was a large increase in complaints and removal of pages with child pornography compared to data from 2017 and previous years.

One of the countries that improved over time was the United Kingdom, which in 2018 recorded its lowest level in terms of hosting this type of content.

According to the organization, the country created ” a hostile environment ” for these websites and now represents only 0.04% of the websites removed, a percentage that in 1996 was 18%.

Regarding the United States, one of the reasons why the number of websites reported was lower is because technology giants like Facebook eliminate them quickly before the reports reach the IWF.

On the other side of the scale, however, is Holland, a country that IWF warned is becoming a ” safe haven for child sexual abuse.”

The Dutch government is aware of the situation for some time.

In fact, already committed to address the problem in a statement made public in 2018 and in which he said that it was necessary to “strengthen the fight against child sexual abuse on the Internet”: “We must eliminate this material,” they said.

IWF identified for BBC World some of the characteristics that make Holland an attractive country for this type of illegal pages.

One of the causes is that “the way in which the Dutch internet and police work is very different from how they work in the United Kingdom, the United States or Canada.”

According to IWF, that makes the images remain available for longer in Holland .

Secondly, it states that “the great internet infrastructure that Holland has , that attracts technology and, in particular, to companies that offer web hosting services” at cheap prices.

Finally, the organization believes that the Netherlands would have to reinforce its zero tolerance towards this type of content, since “the criminals look for low cost services, low police surveillance and quick access”.

Image caption That the pages are hosted in the Netherlands does not mean that the content of the websites is produced in the country.

For its part, the prosecution of the Ministry of Justice of the Netherlands confirmed to BBC World that indeed their country has an excellent internet infrastructure and a large number of hosting services, “which may contribute to the proliferation of these websites.

However, they clarify something important : “That, obviously, does not mean that the content is produced in the Netherlands.”

They also assure that “the government took several measures to combat the illegal content of the websites hosted in the country” and emphasize that “the fight against child pornography is a very important objective .”

IWF assures that the Dutch government accepted their collaboration to end the problem, and that they plan to meet in June.