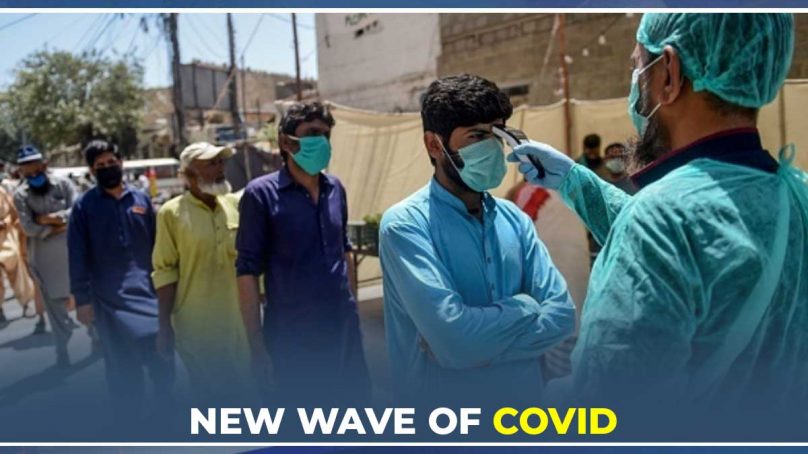 PAKISTAN is confronting yet another wave of Covid-19, and, as per health experts, hospitals are likely to see a surge in cases in a week or so.  But despite knowing that the pandemic is rearing its ugly head again, people by and large don’t appear bothered about following safety precautions such as wearing masks at crowed places and limiting social contact. Pandemic fatigue may well be the reason behind this lackadaisical approach, but people need to exercise caution in order to keep themselves and others around them safe.

News reports suggest that scores of cases have been registered across the country in the last few days, which ought to send alarm bells ringing. Karachi has so far logged the highest number of cases, with the positivity rating touching 22%. Other cities are also not far behind: Mardan recorded a positivity rate of 9%, Hyderabad 8.5%, Islamabad 3.45% and Peshawar 3%. A highly contagious Omicron subvariant, the BA2.12.1, is being blamed for the fresh wave of infections. Though the subvariant was first detected in the country in the second week of May, lethargy has prevailed in the weeks since its discovery. Officials say the number of reported cases and positivity rates of different cities have more than doubled since the previous week, suggesting the swift transmission of the virus. Some health experts ascribe this fast transmission to the scorching and humid weather prevailing in many parts of the country. Though the NCOC, now part of the National Institute of Health, has directed people to ensure mask-wearing while commuting by public transport and on domestic flights and trains, the federal and provincial governments need to take similar, or even sterner, measures to curb the virus’s transmission.

In this context, a meeting of the NCOC was held on Tuesday where the authorities decided to enhance testing, ensure contact tracing and commence aggressive drive to promote mask-wearing and other SOPs. The Sindh government is also expected to announce a plan for curbing the frightening rise in infections. The authorities should enforce strict prevention measures as soon as possible, because even a modest uptick in infections and hospitalizations in the current economic situation may spell doom for the country’s creaking health system.