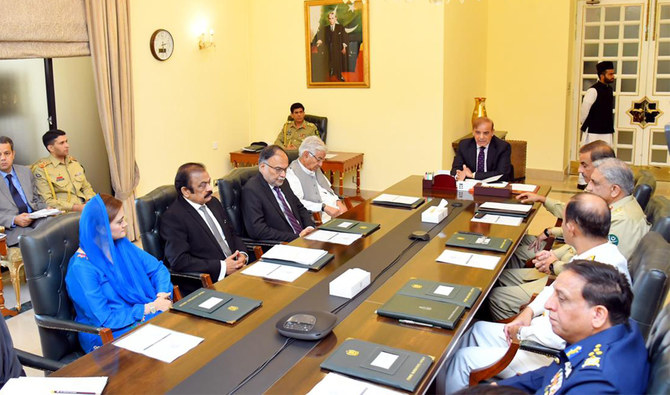 The National Security Committee, Pakistan’s highest security body, has now said loud and clear that there was no international conspiracy to depose former prime minister Imran Khan. It is now clear enough that the former prime minister used a secret diplomatic communication for selfish political gain in order to re-enter the race for the next general election.

To safeguard his political fortunes, the former prime minister also orchestrated a spate of controversies to try to discredit parliamentary processes, the judiciary, and the military establishment for their complicity in dethroning him with a vote of no-confidence. At the same time, he called into question the loyalties of his political rivals while painting the PTI as the only party striving to keep the country’s foreign policy independent from foreign intervention.

Instead of looking within and finding fault with his shambolic performance in his three-odd years in power, Mr Khan continues to distract his supporters’ attention from this unfortunate fact to some amorphous transnational plot that led to his government’s ouster. The PTI chief, it appears, is deliberately switching his narrative between ‘conspiracy’, ‘intervention’ and ‘whoever’s mistake’ to use it as a cover for his real demand: an early election.

True, the US has a long history of intervening in Pakistan’s internal affairs, both publicly and secretly. An act of interference, on the other hand, is not the same as a conspiracy, and the NSC appears to be clear on this point. As Pakistan’s top security forum, its assessment has credibility, and it cannot be challenged without counter-evidence.

Unfortunately, however, the NSC’s finding will not have much of an impact on the PTI and its supporters that seem to have disregarded rationality, respect for the institutions, or simply a logical approach to resolving issues or accepting the facts on the ground. The party, which appears to have acquired the status of a cult, has in its ranks diehard supporters for whom emotions and obedience to their leader prevail over established truths, sanity and logic.