Home  »  Editors Choice   »   On the Brink of Economic Collapse 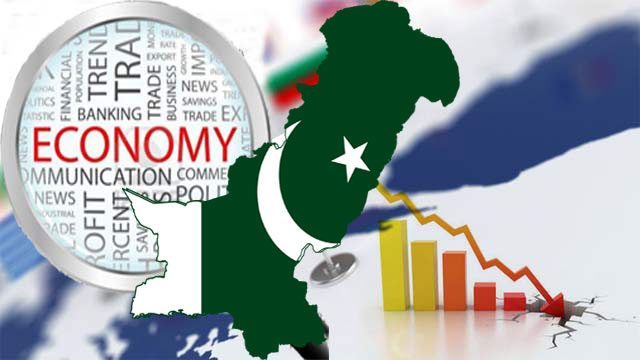 With the country mired in political uncertainty and virtually no government in place in Islamabad, Pakistan is on the verge of a severe economic crisis that the next administration would find increasingly difficult to manage.

The Pakistan Bureau of Statistics has released new data showing that the country’s trade imbalance raised by 70% to an all-time high of $35.4 billion in the nine months between July and March, depleting the State Bank’s debt-based foreign exchange reserves to less than two months’ import cover.

This is despite a roughly 25% increase in exports, which is more than offset by a nearly 50% surge in imports. The latter is owing to rising global energy and food prices, which are a result of the Russia-Ukraine conflict and supply interruptions caused by Covid. According to the most recent trade figures, the current account deficit may have extended to $13 billion in March, up from $12 billion the month before.

The external account is expected to become more vulnerable as international creditors, like as the IMF, halt assistance due to the domestic political turmoil and, perhaps, the country’s worsening ties with Western capitals, particularly Washington. The IMF’s decision to halt its funding program is considered as a fundamental basis for the prime minister’s latest narrative that the US is behind a plot to destabilize him with the support of the opposition.

In fact, scheduled foreign debt and other obligations may push the government’s $11 billion in State Bank reserves to bleed even more, putting the country on the brink of default if immediate international assistance from ‘friendly’ countries does not arrive soon. In the current political climate, expecting the economy to improve, the external account to stabilize, and foreign creditors to resume their funding is imprudent. Unfortunately, the economic travails people suffered in the last three and half years on the back of hopes they would get a better future have been in vain.