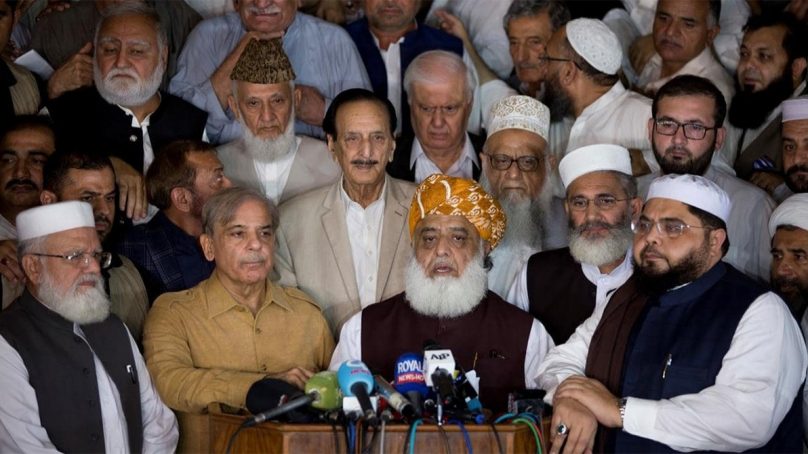 THE PTI’s defeat in the first phase of local government elections in KP has prompted Prime Minister Imran Khan to go into introspection mode. Upset at the trouncing at the hands of his nemesis, Maulana Fazlur Rehman, the prime minister has vowed that he will personally oversee preparations of the imminent Punjab LG polls.

The JUI-F’s unexpected victory in the KP polls, in which it clinched 17 out of 47 tehsil councils, has given the opposition a semblance of optimism at a time when the so-called anti-government drive is but mere rhetoric. The PDM’s repeated resolve to launch protests against the government and declarations of resignations from the assembles have barely eroded the PTI’s morale.

The chutzpah the opposition leaders exude in the wake of the PTI’s trouncing is starkly noticeable: the Maulana believes that his JUI-F is the largest political party in KP, while Zardari, in a veiled reference to the establishment, has said “talks” will only be possible if the PTI is toppled.

Though these leaders are cashing in on the JUI-F’s success and PTI’s defeat in the KP polls, the reality is that the ruling party lost not because of any shrewd strategy of the opposition but due to its own failings and internal conflicts.

Skyrocketing inflation, a shambolic economic performance, joblessness, and water and gas shortages have undermined the voters’ confidence in the PTI’s leadership; the ruling party’s defeat in KP polls, experts indicate, is only the tip of the iceberg. The PM has himself admitted that the party’s fiasco occurred due to low party morale and the selection of the wrong candidates. And in many constituencies, it was a PTI vs PTI showdown, which illustrates that the election planning was flawed and tactless.

Even though the ruling party is still reeling from its recent defeat, it may be premature for the opposition to exult. Overcoming opposition party political squabbles and finding a long-term solution to the Maryam Nawaz vs. Shehbaz Sharif problem is no easy task. The PTI may be stumbling owing to its own errors, but the opposition parties are still entrenched in difficulties that they created themselves. Unless it gets its act together, the opposition’s current joy will be short-lived. It’s time the opposition walked the talk by doing something practically for the benefit of the people grappling with rocketing inflation and immense economic hardship.

2021: The Year That Saw the Judiciary Flexing Its Muscles