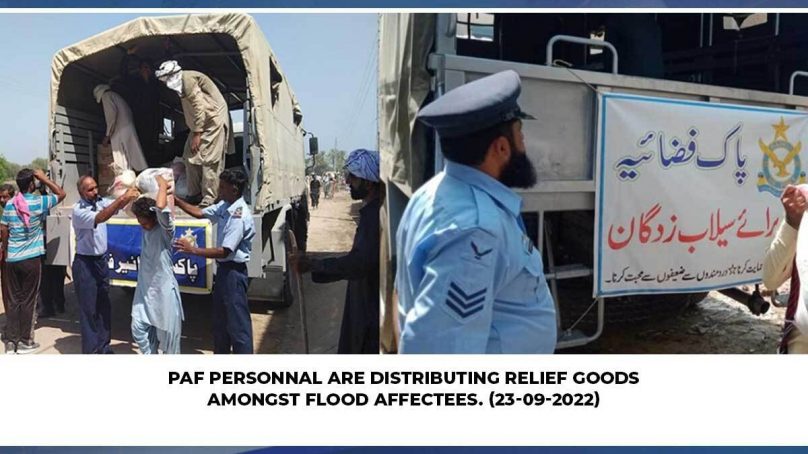 Pakistan Air Force personnel have rescued the locals stranded inside flooded homes and shifted them to safer locations utilizing transport fleet, helicopters and boats. The troops distributed dry ration, cooked food, fresh drinking water, and other household items to affected populace. During the last 24 hours, Pakistan Air Force has distributed 18310 cooked food packs, 650 water bottles and 1472 ration packs amongst the needy families. Moreover, in addition to the provision of free food and shelter, 2777 patients were also attended by the medical teams of Pakistan Air Force.