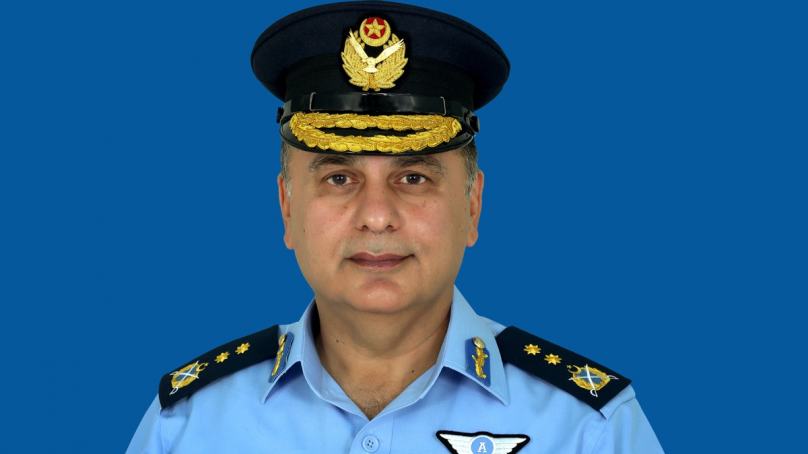 PAF officer promoted to the rank of Air Vice Marshal

The Government of Pakistan has promoted Air Commodore Muhammad Ikram-Ul-Haq Noor to the rank of Air Vice Marshal.

Air Vice Marshal Muhammad Ikram-Ul-Haq Noor was commissioned in A&SD Branch of Pakistan Air Force in February, 1989. During his career, he has commanded an Administrative Wing in addition to serving as Director Admin at Air Headquarters, Islamabad. The Air Officer has also rendered his services as Assistant Chief of the Air Staff (Administration). He is a graduate of Command & Staff College, China. In recognition of his meritorious services he has been awarded Sitara-i-Imtiaz (Military).