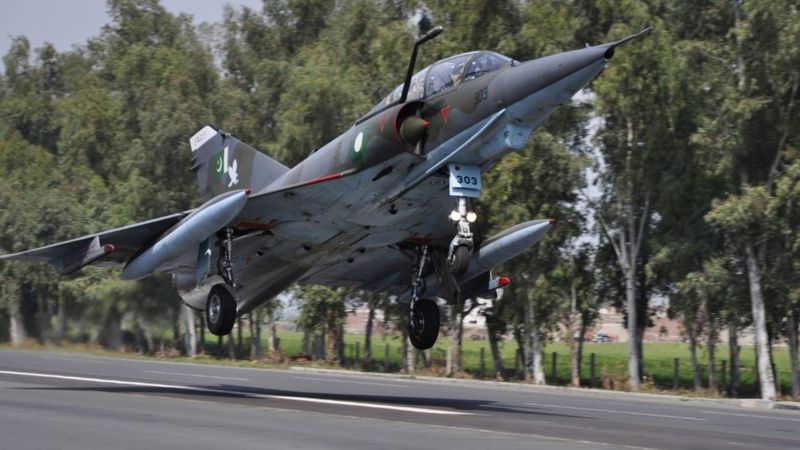 PAF fighter aircraft landed on the Islamabad Lahore motorway as it carried out Road Runway operations on Wednesday. Mr Murad Saeed, Federal Minister for Communications & Postal Services was the Chief Guest at the occasion.

Interacting with the participating ground and aircrew, the Federal Minister said that Pakistan Air Force is respected for its professionalism and is a true symbol of pride for the nation. He also lauded PAF personnel for living up to the expectation of the nation on 27 February, 2019, when it gave befitting response to the enemy.

This is done every year in Pakistan and the main purpose of doing so is to test the ability of the staff to take off, re-arm and refuel aircraft in the event of any emergency on suitable level ground in addition to the regular runways available with the Air Force.

In March last year, Pakistan’s main highway, the Motorway, was closed to all traffic for about six hours due to Air Force fighter jets intercepting parts of the motorway for emergency landing and takeoff drills.

Assigned Spaces for Fighter Jets Landing and Take Off

We spoke to Retired Air Marshal Masood Akhtar to find out what kind of space the fighter jets need for landing and take-off.

Former Air Marshal Masood Akhtar said that all types of aircraft, including warplanes, have ‘load classification numbers’ that are kept in mind before picking any level for landing and take-off of fighter jets in addition to regular runways.

“A fully loaded (armed) warplane can weigh between thirty and fifty thousand pounds, while an Airbus weighs about one hundred thousand pounds. The landing and take-off levels should be as strong, extensive and wide as the aircraft’s load classification number”

He said the plane usually requires a cover overlay of 9-10,000 feet (or about three kilometers) long and 150 feet wide for landing and takeoff.

Why are drills conducted on a Motorway?

In response to a question, he said that apart from the existing runways, the Pakistan Air Force has a motorway where this exercise can be performed and that they have been using motorways for such exercises for the last 10 years.

On asking where the Air Force conducted such drills before the construction of the motorway? He told that regular runways and airfields were used for this purpose, instead of highways or motorways.

“This drill is conducted every year and its main purpose is to prepare our pilots and crew members for emergencies so that they know how to accomplish emergency landings and take-offs when needed,” he said. And for the enemy to know that we are not just relying on regular runways.

In response to a question, he said that only the Air Force knows where the Air Force is capable of landing and taking off aircraft on the motorway and such details are not to be publicized.

Do other countries perform drills on motorways?

Such drills are conducted not only in Pakistan but also in neighboring country India and other parts of the world.

He said that, however, India started practicing it a little late and doesn’t perform it regularly but in Pakistan this phenomenon has been practiced regularly and for a long time now.

According to a report, India first conducted a landing exercise on the Jumna Expressway connecting Delhi to Agra in May 2015. A Mirage 2000 warship successfully landed and took off on this road. 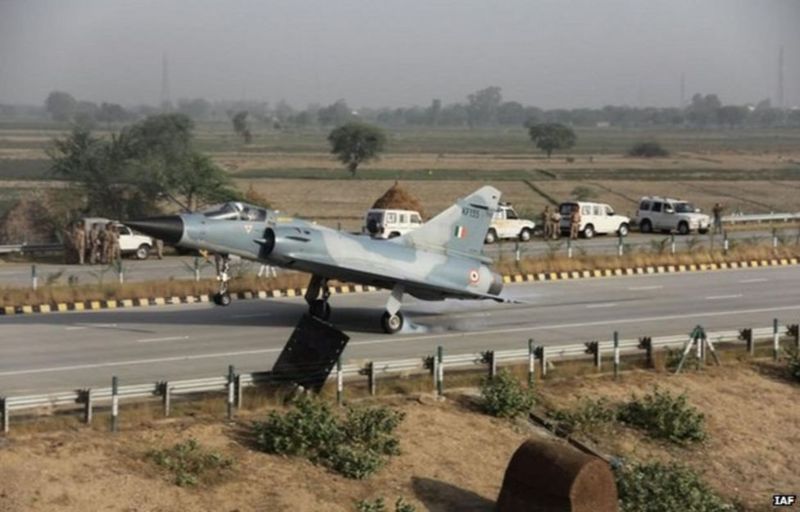 “These exercises are only for emergency landing and takeoff preparations.”

He further explained that the purpose of these exercises is to determine if there is a war situation and regular airfields of the Air Force are busy or under attack. Thus, in such a situation, if an aircraft has no fuel or if there’s any other emergency, it is necessary to have a suitable place to land it. That is why these drills are performed.

The news of fighter jet planes landing on motorway made waves on social media. This news made people so curious that Pakistan Air force is trending on Twitter again.

Salute to #Shuhada and #Ghazis of Pakistan Air Force. https://t.co/T8B6zWLGzm

#RoadRunwayOps by Pakistan Air Force today
We are really proud of our Armed Forces. @DGPR_PAF keep flying high. Im sure @majorgauravarya will be needing pampers all night pic.twitter.com/w8hSkyohao