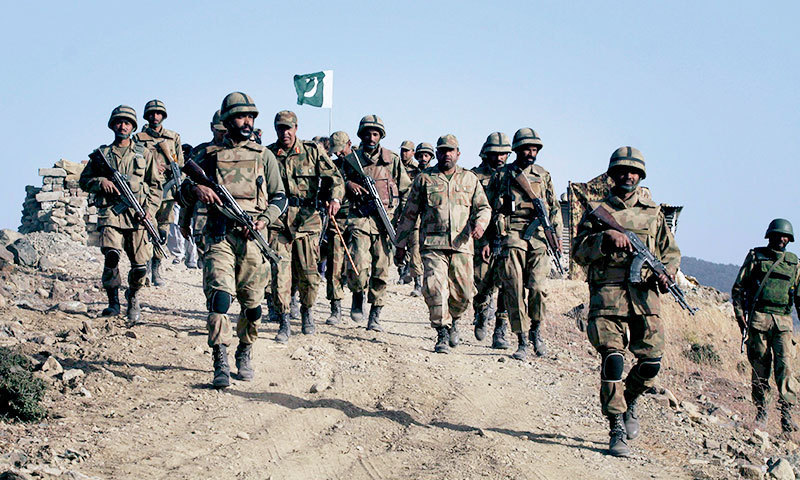 Few countries are war mongers, cantankerous, evil-minded and few are selfless & always resort to peace and on few war is imposed & they have no option left but to fight with valor & wriggle out of conflicts for good. Pakistan too fought US war for more than 20 years.

This baseless but inevitable war brought nothing but destruction, miseries & loss of thousand precious human lives. This, long lasting two-decade war on terrorism was imposed on Pakistan by USA. From 2001 to 2021 Pakistan has been bleeding & getting heavy threats of terrorism.Some times mosques are bombed, schools are attacked, kids massacred, soldiers martyred by terrorists, funded by Indian agency(RAW) & above all this war has dragged Pakistan’s economy into doldrums. Due to cumbersome loan borrowed from IMF, Pakistan has gone below poverty level.

Export & import was very badly compromised due to heavy threats of terrorism & all countries gave wide berth to Pakistan. TTP which was sponsored, abetted & incited by India killed dozen humans daily to spread fear ,destabilize Pakistan, foment unrest & belittle Pakistan’s reputation. Due to presence of safe heavens in Waziristan TTP terrorists easily intruded/ infiltrated in Waziristan, planned malicious activities to target security forces & innocent civilians & it was easily doable due to lack of fence along Pak-Afghan border . Terrorist used to penetrate inside Waziristan so as to harm Pak Army in man & material & run away back to Afghanistan. This hit & run ( guerilla warfare) inflicted heavy casualties on security forces. Due to on going war Pakistan Army was too much committed in FATA & other terrorist organisations like BLA, PTM mustered up courage, availed opportunity to stand against security forces. India by playing in open ground abetted them to lash out on Security forces & kept financing them.

Two fronts were opened by India to divert mind of security forces. India through Afghanistan & Iran peddled terrorism. Pakistan Army promised to eliminate terrorism, kept fighting in FTA & remained firm to clamp down on it & mean while started operations against Indian sponsored terrorist organization(BLA). Thousands Army officers & soldiers were martyred fighting against terrorism but this world never recognized Pakistan’s selfless intentions & will for peace. Pakistan was thrown into grey list by FATF for fighting against terrorism which was very alarming state of affairs.

This selfish World despite warning India to stop peddling terrorism, turned blind eye to Pakistan & left it on the mercy of circumstances. Few countries left no stone unturned to hurl allegations to label Pakistan as a terrorist state. Through fake social media platforms, with the help of fake accounts they all kept belittling Pakistan to make people believe that Pakistan is favoring terrorism, however, in reality Pakistan was affected by terrorism & was fighting seriously was to put an end to it. Malicious Role of social media added much to problems, fake narrative against Pak Army was built in which people were told that innocent Taliban’s of TTP are killed by Army during operations in FATA.

TTP innocents who were slaughtering dozens, massacred 132 kids in APS Peshawar on 16 Dec 2014  & were fully incited, abetted & funded by Indian RAW. Pakistan Army operated against these monsters & still fighting fierce war against terrorism to bring peace/ stability in this region. Pakistan has contributed significantly to the Fight Against Terrorism & it’s time the international community, especially the United States, acknowledge that. We can summarize Pakistan’s counter terrorism efforts

Operation against a Wazir sub-clan from Darra Akakhel in NW, involved in an al-Qaida-led attack on a U.S. military camp in July 2003. Against Zalikhel and Karrikhel clans of Waziristan, refused to accept writ of the state. Operation from October 12 to 18, 2003, 22 al-Qaida aggressors and seven tribesmen were killed.

The Wana operation took place in March 2004, resulting in the death of 63 terrorists, 26 Pakistan army soldiers were martyred too by al-Qaida. Pakistan Army operated against terrorist organisation & put an end to it. The Shakai operation against the Mehsud clans started in April 2004. In September 2005 and on January 23, 2008, operations against terrorist elements in North Waziristan and South Waziristan also started.( SFs sent terrorists to hell for good).

How To Get Away With a Murder