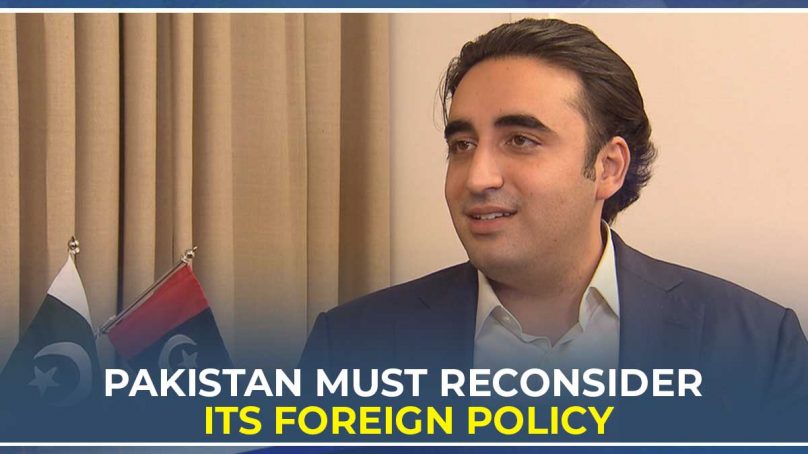 Pakistan’s foreign policy must be progressive and open to rapidly changing global realities without sacrificing on values, given the country’s location in a difficult neighborhood and various external and internal challenges. Foreign Minister Bilawal Bhutto-Zardari’s recent remarks at an Islamabad think tank about the need to interact with India as well as solve Pakistan’s ‘isolation’ in the international arena provide food for thought in this regard.

Mr Bhutto-Zardari believed that Pakistan’s disengagement from India had boomeranged, and instead advocated for an emphasis on economic diplomacy and engagement with the country’s eastern neighbor. He argued that disengagement — particularly after India unilaterally changed the special status of occupied Kashmir in 2019 — had neither supported the Kashmir cause or addressed rising Islamophobia in India, while closer ties may have helped Pakistan ease these critical concerns with that country.

The matter of India’s relations is undoubtedly problematic. Pakistan’s stance on India-controlled Kashmir, as well as its condemnation of anti-Muslim violence under the BJP’s leadership and recent disparaging remarks directed at the Prophet Muhammad (PBUH), is principled. For long-term peace in South Asia, the Kashmir issue must be handled in accordance with the interests of the people of the disputed region, and anti-Muslim violence and prejudice at the state level in India must be eliminated immediately.

However, engagement rather than wrangling is a better alternative for resolving these and other irritants. That is why, instead of an arrogant response, if either country proposes conversation, the other should respond positively. Long-term, engagement is the only option to establish regional peace, with constant confrontation as the alternative.

Beyond the Pakistan-India relationship, this government — and all future governments — must follow a flexible foreign policy that does not jeopardize national interests. Foreign policy should be beyond petty politics and political party lines, with Pakistan’s interests at the top of the priority list.

Maintaining amicable connections with all neighbors, as well as trade and investment ties with countries further away, will pay off diplomatically. It is important to strengthen ties with old allies such as China, Saudi Arabia, Turkey, and others, as well as to improve ties with the US, EU, Iran, Russia, and others.

Devising a foreign policy that maintains a balance between all of these entities is, certainly, a difficult challenge, given that several of these states are in direct conflict with one another. However, the most practical alternative for Pakistan is to stay out of bloc politics and maintain neutrality in order to avoid becoming entangled in other people’s wars.

Nearly one billion people worldwide suffer from mental illness, WHO