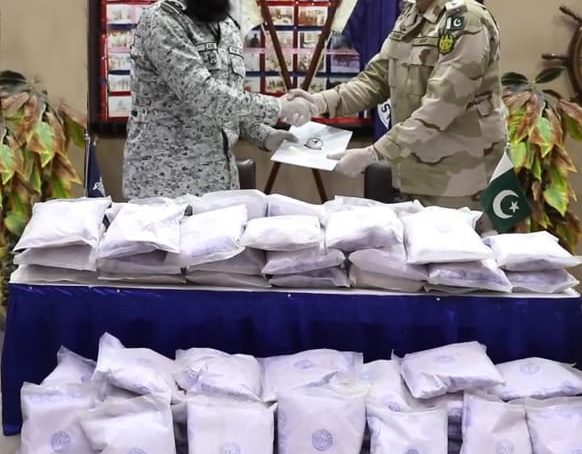 In an intelligence based joint operation, Pakistan Navy along-with Anti-Narcotics Force apprehended 100 kgs of Crystal (drugs) off Pasni, Balochistan. The drug was valued at approximately Rs 3 billion. The cache of drugs was to be smuggled to unknown destination thorough Arabian Sea. Afterwards, the seized drugs were handed over to Anti-Narcotics Force for further legal proceedings.

The successful execution of joint Anti-Narcotics Operation against Narcotics smuggling is a demonstration that despite prevailing COVID-19 pandemic situation, the criminals are active and Pakistan Navy is vigilant to counter such illegal activities. Pakistan Navy remains committed to thwart the misuse of Pakistan Maritime Zones for any unlawful act/purpose.