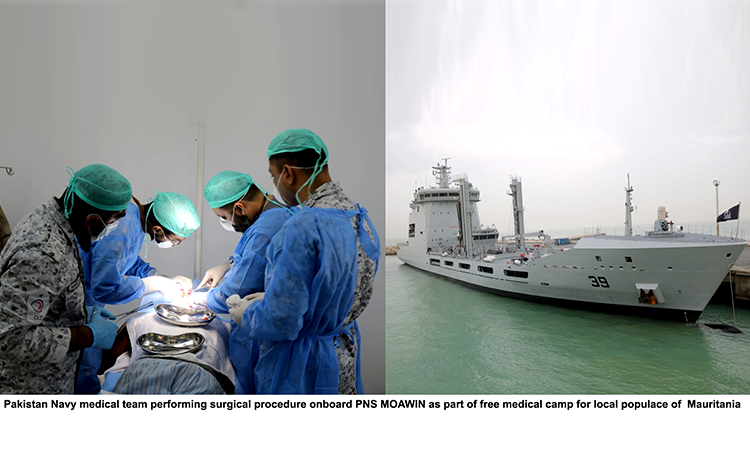 As a gesture of goodwill, a free Medical Camp spanning over 3 days was also established off port premises by a team of Pakistan Navy doctors and paramedics. The camp provided medical treatment and medicines to over 2000 local patients. Some patients were also treated onboard Pakistan Navy Ship MOAWIN, which is fitted with state of art medical facilities. Establishment of Medical Camp by Pakistan Navy was widely appreciated and generated tremendous goodwill amongst local populace.

A reception dinner was also hosted onboard Pakistan Navy Ship MOAWIN. Senior Officers of Mauritanian Navy along with a large number of diplomatic corps and prominent local community attended the event. On the occasion, Mission Commander also highlighted the deteriorating situation in Indian Occupied Kashmir (loK) and the human rights violations being perpetrated by the Indian Armed Forces against innocent people of loK. He also highlighted the illegality of the Indian annexation of loK and its disputed status as per the resolutions of the United Nations.