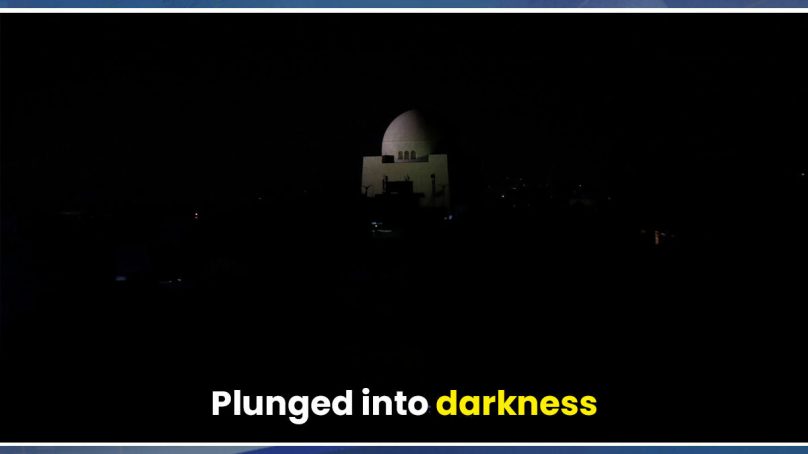 The abysmal failure of the nation’s energy transmission system early on Monday, which left the entire country without power on early Monday morning, has left much to be revealed. Even after the system had been entirely restored, which took over 22 hours, further power outages early on Tuesday morning rocked Karachi, Lahore, and Quetta.

Later, Energy Minister Khurram Dastgir disclosed that it would take another few days for coal and nuclear plants to resume, further upping the anxiety level of the hapless citizens. The minister stated that load-shedding would be implemented for non-industrial consumers to deal with the shortfall.

Being inured to widespread power outages is a sign of our society’s stagnant growth and development. True to form, the higher-ups have issued stern notices, conducted inquiries, and offered assurances that the authorities are in control of the situation. Whatever they may claim, it is obvious that people in charge lack the skills necessary to handle situations this serious.

The absence of a top executive at the National Transmission and Despatch Company, which is in charge of the national grid, is astonishing. It is especially revolting that, for more than a decade, political and administrative interference has prevented anyone with the necessary technical qualifications from occupying that position for the last few months.

The moot question is: Will there be any genuine effort or accountability to address the significant flaws in the national power transmission system? There have been eight such instances in the last nine years, despite the fact that the first nationwide power outage should have been the last of its kind. The majority of the most recent power outages have been traced to one particular section of the national transmission corridor.

Why the issues plaguing it still remain unresolved defies all logic and rationale. But the fact is that a country of teeming millions cannot be left to their own devices, or at the mercy of such senseless incompetence.

Without power, which is the country’s élan vital, the entire modern economy tends to stall, with the communication infrastructure being the biggest victim, as Monday’s extensive power breakdown showed. It’s time the energy transmission system was treated in earnest and its loopholes fixed on the highest priority.