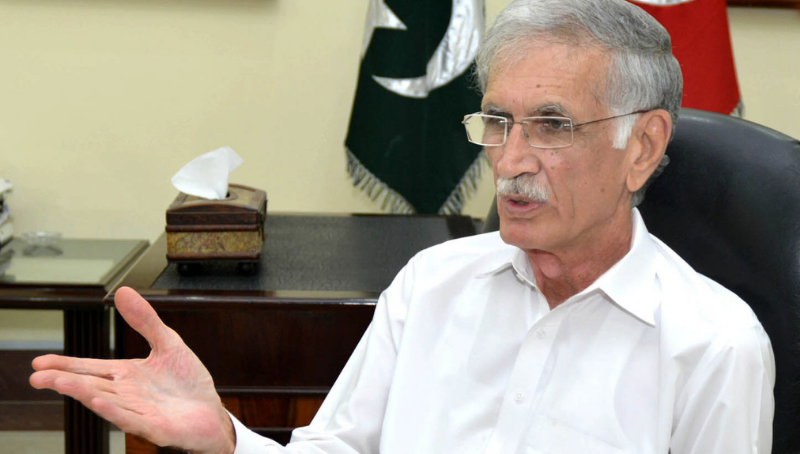 FEDERAL Minister Pervez Khattak has once again uttered words that rubbed salt into the wound of millions of aggrieved and distraught people over the savage lynching of a Sri Lankan national in Sialkot. A statement that can only be termed as baseless, absurd, and extremely insensitive.

Speaking to reporters on Monday, Mr Khattak, when asked to comment on the horrifying murder, said the killing took place because the youth were highly charged and emotional. Incensed at the impression that the government is somehow blameworthy for such a grisly crime, the defence minister sought to downplay the incident in words that betray an utter lack of ignorance and insensitivity—and are highly dangerous.

What he—if one were to rightly construe what he said—meant to suggest that the Sialkot lynching can in no way be characterized as an incident that shows society’s downfall, while also appearing to believe that when passions are whipped up, it’s justified to commit murder in the name of religion. He didn’t stop there, and went on to underline that in his youth, he himself was highly emotional and ready to do anything, implying that physical fights and even murders can occur when passion are high.

Shocking as it may be, the statement served as a letdown for many of those who hoped that the incident was brutal enough to rouse a moribund state from its deep slumber and take decisive action against the religious fanatics. But the fact that Mr Khattak’s remarks are highly irrational cannot be denied. They create an impression that such murders are justified, and a price to pay for growing up in a country where any crime can be committed in the garb of religion.

Mr Khattak would have done well to severely condemn the barbaric incident, underscoring why our society has become so inured to violence, instead of attributing this heinous crime to youthful passions.