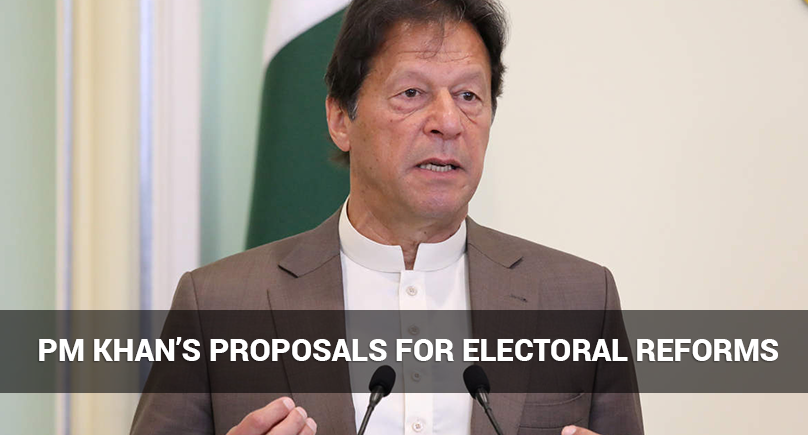 ONE must welcome Prime Minister Imran Khan’s intention to pursue electoral reforms that will go a long way towards ensuring that credibility of future elections. The premier also plans to introduce electronic voting for citizens including those residing abroad.

Additionally, he has ventilated a strong penchant to have Senate elections by show of hands instead of the secret vote that is currently the method. The prime minister correctly detected that secret polling is facilitating corruption and vote-buying, saying that the people that his party had expelled parliamentarians from its ranks who were reported to have sold their vote. Nevertheless, Mr. Khan hoped that the opposition would cooperate with the government in legislating these reforms as the government did not have the essential parliamentary numbers to push them through.

The opposition, as expected, has rejected these government proposals, saying it would come up with its own set of recommendations for a wide-ranging reform of the electoral process. Opposition leaders explained that they would not engage with the government as a matter of principle, but will continue to proceed with their legislative obligations as well as their work in the committees.

It’s appreciable that both sides recognize the need for electoral reform; however, it’s unfortunate that elections — the bedrock of the democratic system— remains disputed. Today, it’s almost impossible to witness political adversaries accepting any form of electoral results, which doesn’t augur well for the system as the Azad Kashmir elections are around the corner. And sooner or later, the country also has to conduct local body elections.

Granted that reform takes time, but the political parties have squandered years in arguing about reform and accusing each other of disrupting them instead of sitting down together and thrashing out the necessary legislation. In today’s polarizing environment, debating and executing electoral reform has become a difficult undertaking, which is unfortunate.

While the government and the opposition may bring their own set of proposals, these will not bear fruit unless there is a wide consensus between both sides. When such consensus does not exist, and efforts are not made to make it happen, there can be no substance in statements given by the prime minister and opposition leaders. Therefore, it is important that saner elements in parliament engage in some quiet debate to forge a basic minimum agreement on electoral reforms.