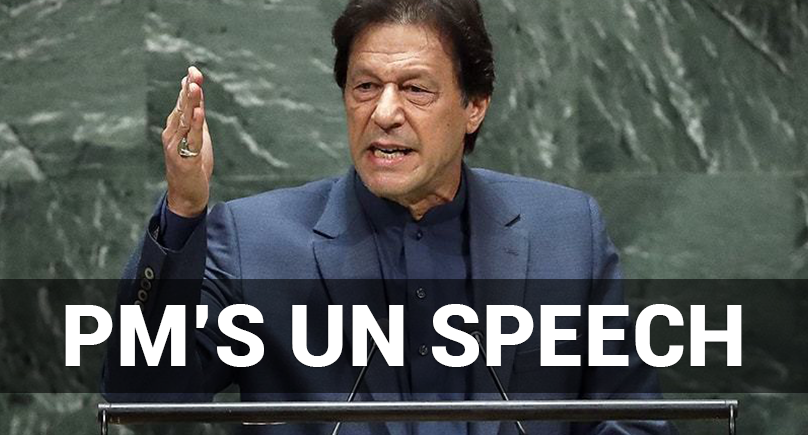 IN his speech to the UN General Assembly on Friday, Prime Minister Imran Khan appropriately emphasized the fact that the bane of Islamophobia is rising, and Muslims feel themselves beleaguered in many parts of the world. He specifically mentioned the disquieting condition of Muslims in India where — under the BJP’s watch —Indian Muslims are being treated as ‘outsiders’ by the Hindu right-wingers. The wave of Islamophobia is also growing in the West, driven by several factors, including increased immigration and as a reaction to the acts of terrorism perpetrated by Islamist fundamentalists in the Western world.

As for the situation in India, Narendra Modi and his BJP have very prudently shed away closely all vestiges of secularism in their bid to rechristen the state as a Hindu rashtra. Under the milieu, Muslims are perpetual outsiders and do not merit full citizenship. The passage of laws intended to make it tougher for Muslims to retain their citizenship; the lack of penalty for cow vigilantes; and the ruthless siege of Indian-occupied Kashmir are all blunt reminders of what it is like for Muslims to live in Mr Modi’s India, as the majority of the world overlooks this bitter truth.

While in India’s case the state is promoting anti-Muslim policies, in the West hatred is being fomented generally in reaction to the brutal violence unleashed by fanatics in the name of Islam. Regrettably, the ruthlessness of Al Qaeda, IS and similar groups is impacting the way non-Muslims in the West look at Islam, particularly when fighters allied to these outfits launch acts of terrorism on Western soil. This feeds the noxious narrative of the ultra-right in the US, Europe and elsewhere, whereby all Muslims are painted with the same brush.

The premier has rightly pointed out that there is a need to address Islamophobia. This can be done through better discourse between the West and the Muslim world. It needs to be communicated loud and clear that those who act brutally in the name of Islam do not represent the majority of Muslims. In fact, a majority of these groups have taken advantage of the deplorable sociopolitical and economic conditions across the Muslim world, as well as botched Western attempts at nation-building in Afghanistan, Iraq, Syria etc. The West must also appreciate that republishing offensive caricatures or similar acts that hurt Muslim sensitivities will only boost extremism, and must be deterred.

Inflation, not political meetings, is the core issue facing Pakistanis