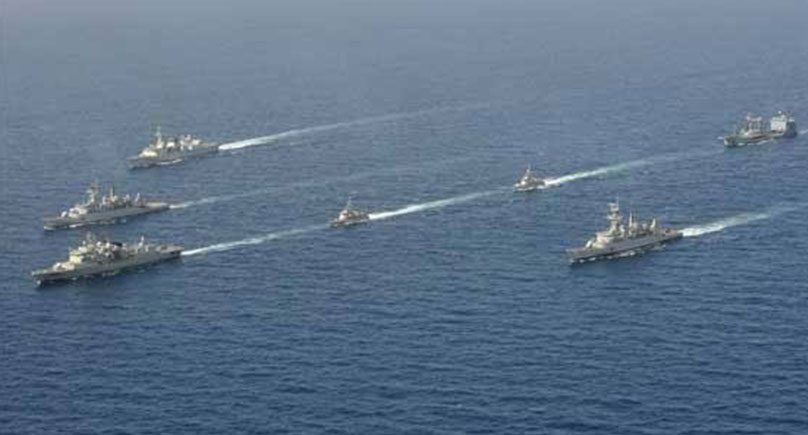 An Initiative towards stability & peace in Maritime Sector

The aftermath of World War II witnessed many drastic changes on the global politico-military and socio-economic arenas which gave incessant urge to fill the vacuum of power by the war glorious nations, especially US and erstwhile Soviet Union. Once close allies of War-wed-lock became competitors on the world stage and engaged in the cold war.

Cold war further beheld emergence of various military, economic and political alliances as quintessential for devastating nations to guard their national and economic interests. NATO, Warsaw Pact, SEATO, CENTO, United Nations, European Economic Community (presently European Union) and Non-Aligned movement are prominent few. The chess board of world arena entailed strategically smart and intelligent moves for survival of the fittest. Since, the conquerors of WW-II had large navies; they had already started to guard their military and economic interests through near permanent presence at maritime economic hubs and choke points. However, the common thread between all these scenarios was establishment of the notion that peace and stability is cine qua non in all its forms. The very concept was further strengthened after 9/11.

Navies have inherent reach and flexibility which makes it very significant element of national power in peace time as well as in war time for furthering national interests through constabulary and benign roles. In present day, geo-strategic situation at maritime domain has evolved. The vastness of oceans and threats posed in maritime domain do not respect boundaries as their effects are felt globally. The threats to maritime security increasingly emanate from contemporary asymmetric challenges like terrorism, piracy, narcotics, arms and human smuggling have great impact on the maritime environment. Consequently, there was a strong realization that no one nation can single handedly cope with the quantum of this prevailing threat, making cooperative maritime strategy a matter of compulsion. Consequently, maritime nations resorted to form maritime alliances, conduct of naval drills to enhance interoperability among global navies to collectively handle maritime challenges. Rim of Pacific (RIMPAC), MILAN, International Multilateral Maritime Search & Rescue Exercise (IMMSAREX), KAKADU and Multinational Naval Exercise AMAN are some glaring examples. Pakistan has always been an ardent supporter of regional peace and collaborative security. As a torch bearer of this unflinching resolve, PN has been hosting Multinational Naval Exercise AMAN biennially since 2007 which has a global outlook. The conduct of this Exercise is one of the quantum leaps towards the fulfilment of this shared vision along with global partners.It is part of a number of regional and international initiatives to achieve this end. AMAN series of exercises are effectively built on the concept of “Together for Peace”.

Pakistan is hosting Multinational Naval Exercise AMAN-21, 7th of the series, in February 2021 at Karachi. The Exercise will be conducted in two phases; the harbour phase and the sea phase. The harbour phase will comprise International Maritime Conference, seminars, table talks, cross ships visits, calls on, International Band Display and Maritime Counter Terrorism Demonstration. Whereas, the sea phase includes practical execution of operational plans and activities finalized during harbour phase. The Exercise has been planned with focused objectives, which include: Enhancing interoperability with regional and extra regional navies thereby acting as a bridge between the regions. Display of united resolve against terrorism and crimes in maritime domain.

Maritime security challenges in the Indian Ocean have acquired international dimensions. Cooperation between international navies therefore, is imperative to counter these emerging threats. Pakistan being a major stakeholder in maritime security of Indian Ocean Region is fully committed to ensure freedom of navigation and lawful maritime order. Hosting and conduct of series of Multinational Naval Exercise AMAN under the auspices of Pakistan Navy is a big stride towards this direction. Upcoming AMAN-21 Exercise is expected larger participation of countries across the globe, with their warships, aircraft, helicopters, Special Operation Forces, Explosive Ordnance Teams, Marines and Observers which is conspicuous manifestation of poise and confidence on Pakistan in joining hands for common resolve of peace, stability and lawful order at sea. The exercise will also serve as a reflection of the strong ties between Pakistan and global navies and display of converging strategic interests which will go a long way in promoting maritime security and stability in the region.