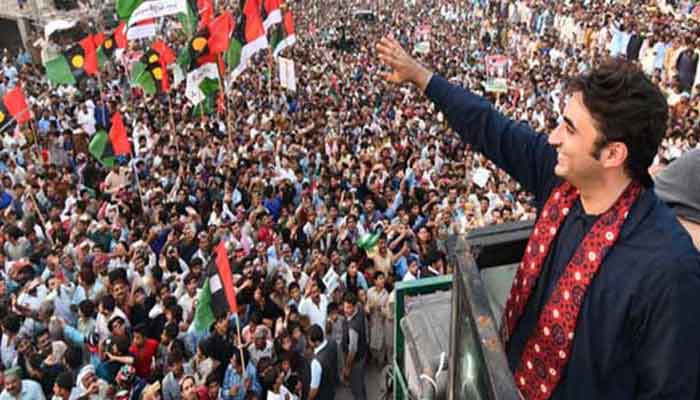 THE PPP is on a mission to oust Prime Minister Imran. And it took a practical step towards that direction on Sunday in Karachi, when it kicked off its so-called ‘long march’ which is now being termed a popular mobilization push ahead of the impending 2023 elections.

And the PPP isn’t the only party attempting to re-ignite its engines in order to re-establish its relevance with voters ahead of the election. Others, including the ruling PTI, are gradually shifting into election mode as well.

Since the opposition parties chose to join forces in a bid to oust the PTI regime through a vote of no-confidence against the prime minister, the PDM, a multiparty opposition alliance in which the PPP was a prominent player until a year ago, has expressed its support for the march.

Unless the opposition introduces its planned no-confidence resolution in the National Assembly earlier, the PDM, too, plans to march on the capital on Pakistan Day. In response to the PPP’s long march preparations, the PTI and its provincial partners staged a rally against the Sindh government on Saturday, marching from Ghotki to Karachi. Whether or not the opposition’s move against Mr Khan succeeds, such activities are expected to gather traction.

However, it should be noted that the combined opposition, which has been unable to mount a real challenge to the government inside or outside parliament for the past three and a half years, now seems to have discovered a clear object.

The PML-N has yet to comprehend why the current assemblies should be continued. The PPP, on the other hand, believes that the assemblies should serve out their five-year terms, particularly as the opposition relies on the PML-Q, a government ally at the center and in Punjab, for support. In exchange for offering support to the opposition, the PML-Q is thought to have requested the continuation of the assembly and the office of Punjab chief minister. The PML-N believes that the PPP and PML-Q might work together during this interim phase to gain support in the province, which is still the PML’s stronghold.

If the opposition parties are unable to convince the PML-Q to change its mind, they will have to rely on a revolt inside the PTI, with dissidents deciding to withdraw from the Assembly or vote with them — at the expense of their seats. As a result, the success of the no-confidence vote is chiefly determined by which side the PML-Q and other PTI supporters support. If the opposition’s strategy is to succeed, it must reach an agreement on the post-PTI arrangement as quickly as possible.

A Good Omen for Cricket