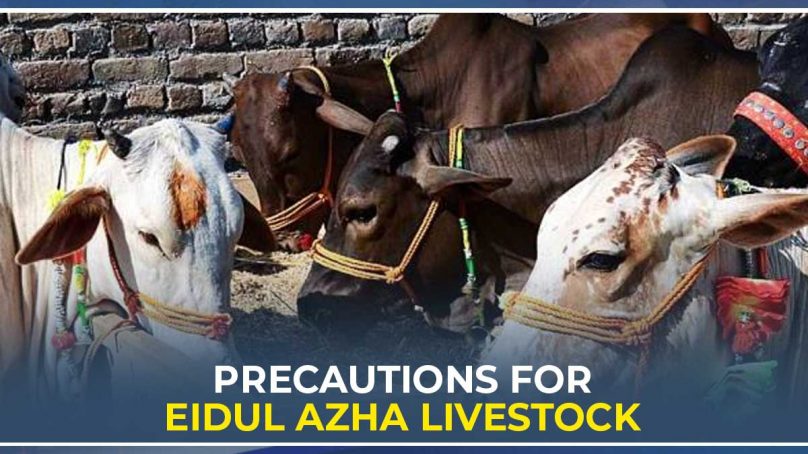 With Eidul Azha just a month away, cattle markets have started to pop up, selling sacrificial animals. Authorities must, however, do their best to ensure that animals afflicted with lumpy skin disease (LSD) do not make it to the markets.

A number of diseased cows are reported to have reached Karachi’s cattle markets, though a spokesman for the facility said the whole shipment was returned, including the sick animals. However, there are worrying reports that authorities at a number of crossings in Karachi are allowing livestock in without a full veterinary examination. One of the traders said that the checkpoints were set up only for the purpose of collecting money, and that no vets were present at the locations. Also, when it comes to animal inspections, both provincial authorities and KMC officials are shifting blame.

While vector-borne LSD cannot be communicated to people through the consumption of infected animals’ milk or flesh, authorities must still ensure that only healthy animals are sold to cattle markets. A major outbreak of the disease occurred earlier this year in Sindh, prompting the population to reduce their consumption of beef and milk.

Sindh authorities, on the other hand, claim that nearly 2 million cows have been inoculated against the disease. However, as Eidul Azha approaches, hundreds of thousands of cow heads, goats, sheep, and camels will be brought to marketplaces around the country, and it is critical that these markets do not become disease incubators.

According to one estimate, roughly 36,000 cattle were infected with LSD during the previous outbreak in Sindh, with a few hundred dying, and farmers who eked out a living from a few cattle heads were hard struck when their animals became ill. As a result, all provincial livestock departments must ensure that diseased animals are not sent to markets for the public’s and animals’ health.