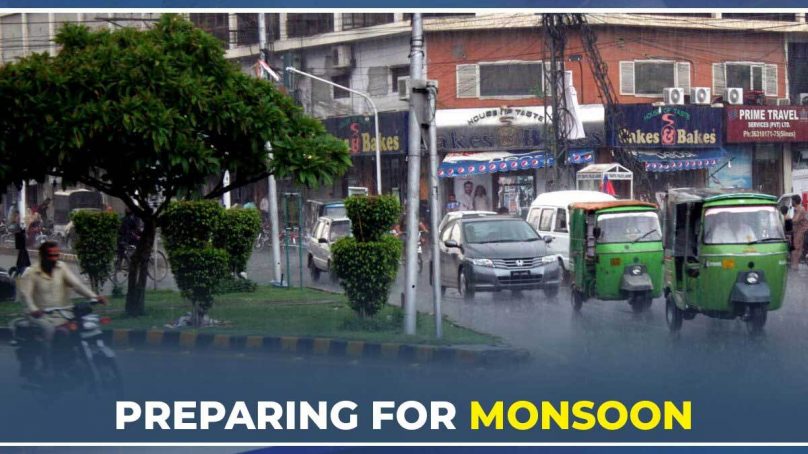 THE havoc that the recent spell of rain in Karachi unleashed, resulting in deaths of four people, including three children, goes to show how ill-prepared we are in the face of the stormy monsoon.

Before Karachi, Balochistan, KP, and Punjab also grappled with similar problems: a loss of life and property, long power outages, flooded roads and suspension of services. Large swatches of Balochistan have borne the brunt of flooding caused by above-average pre-monsoon rain, which claimed at least five lives in Sibi district and substantial damage to the infrastructure.

A power station was destroyed by a glacial lake outburst flood in upper Chitral, which occurred as a result of torrential rains that caused landslides at multiple spots on a main road between Gilgit and Skardu over the weekend. People in many cities have had to brave protracted loadshedding, traffic jams and wade through inundated roads to reach their destinations.

But this is perhaps a mere forerunner of the greater danger and damage expected during the approaching monsoons. The other day, the federal climate change ministry warned that Pakistan was poised to receive heavy rainfall that could trigger flooding in large parts of the country. Worse, climate change officials went so far as to claim that torrential rains are likely to cause extensive devastation and displacement similar to the levels seen in 2010 when raging floods in the country impacted one-fifth of the land and around 20m citizens.

The National Disaster Management Authority (NDMA) issued an alert a few days ago, warning of downpours and landslides in the upper parts of the country owing to the expected rain spell. Pakistan has just been hit by a record-breaking heatwave that dried up riverbeds, ruined crops and killed livestock. And now, the rain forecasts suggest that the country is hurtling towards another climate disaster in the form of floods.

True, climate change is largely to blame for such extreme weather events, but this truth does not mean the authorities continue to look the other way when it comes to helping the hapless citizens deal with the disruptive situation. It’s time the government handled this problem on a war footing so that we could see an end to avoidable tragedies caused by rain-related incidents every year.