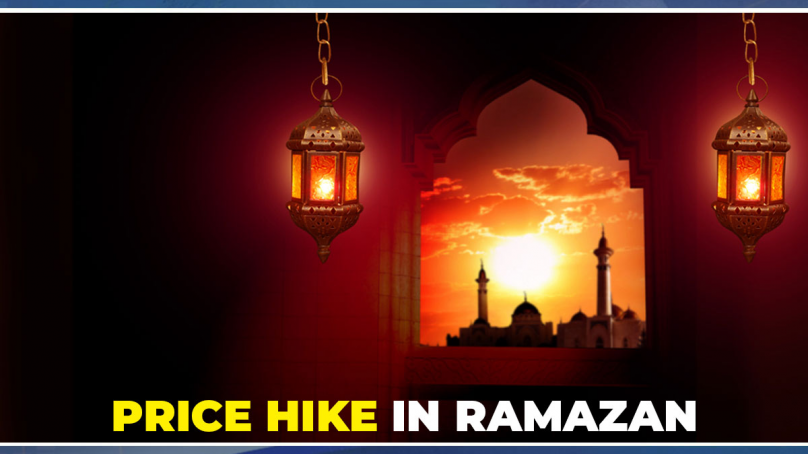 Pakistanis must brace themselves for the typical Ramazan food price spike, which has been stuck in a two-digit inflationary spiral for almost three years.

Even though the month of fasting is still a few days away, crooked traders have considerably raised the prices of most essential kitchen items, such as vegetables, sugar, edible oil and ghee, meat, eggs, pulses, and other items, adding to the economic hardship of the poorest and the most vulnerable sections of society.

The prices are expected to rise further after the commencement of Ramazan as the demand for these food items exceeds their supply, with the administration likely to play the role of the helpless spectator in the days ahead.

Despite provincial governments’ announcements that they will set up Ramazan bazars to provide essential kitchen products at ‘subsidized’ rates, as in the past, the lack of effective quality checks means that even in state-managed markets, hapless consumers are likely to pay a higher price for poor-quality food.

Despite their pledges to the contrary, governments have never had an easy job managing pricing and stopping traders from hoarding and profiteering during Ramazan. The bureaucracy typically blames the lack of a legal system to take action against the large number of dishonest traders.

In recent years, the steady rise in headline prices, notably for food and energy, has considerably eroded the purchasing power of people, particularly poor households. Many people are concerned that rising inflation during Ramazan may worsen food insecurity in the country both during and after the month of fasting, due to lower affordability among those in the lowest income brackets.

It is high time the government walked the talk of giving people a semblance of relief from grinding inflation, especially during Ramazan. The rulers’ entire focus should be anchored in the welfare of the very people whose votes have helped them reach the corridors of power.