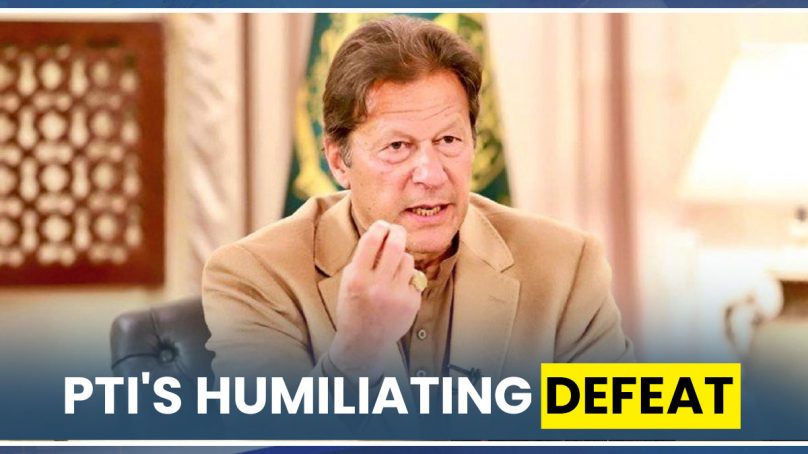 RESULTS for the local bodies’ elections in Khyber Pakhtunkhwa are reflective of the fact that the people of the province—once a stronghold of the PTI—seek to do away with the current dispensation due to its utter failure to curb, or even mitigate, galloping inflation, misgovernance, and even corruption. Indeed, outcome in 46 out of the 64 tehsils declared so far come as a rude for the Imran Khan-led PTI, forcing the party to go for an introspection.

The PTI that ruled Khyber Pakhtunkhwa for almost nine years has bitten the dust at the hands of a rival no less than the JUI-F that has invariably been the target of the ruling party’s snide remarks and insinuations. The religious party, which was defeated by the PTI in the last two elections, much like many other political parties including the ANP, has, to one’s utter surprise, managed to clinch the chairmanship and mayorship in 16 sub-districts.

The opposition parties — ANP, PML-N, Jamaat-i-Islami, and PPP-P — won a total of 31 seats. When you add in the seven independents, you get a total of 38. This is a large figure, and it should be cause for concern for the PTI, which until recently could claim of being the only party in the north-western province to be restored to power twice.

Not only that, but the PTI lost in towns and cities where it had defeated all of the main political parties on its own. For example, the ruling party holds only one tehsil in Peshawar, the seat of political power, where the PTI won five national and 11 provincial assembly seats in the recent general elections. Many notable members of the present federal and provincial governments have lost their native tehsils.

The PTI will undoubtedly undergo some soul-searching in the coming weeks, but it cannot ignore the impact of its poor economic policies, including as price hikes and power and gas shortages, on the common man – something that many in government have admitted. This is most likely the main reason for the PTI’s defeat in the first round of municipal elections.

Other causes contributing to the PTI’s surprising defeat in the closely contested elections include nepotism and favoritism in the awarding of party tickets at the expense of dedicated workers, a lack of an organizational structure at the lower tier, and a complacent leadership. The myth of the PTI’s invincibility has been debunked, which should give the party’s leadership some food for thought.

The ANP, like the PTI, needs to look inward and investigate its lackluster performance. The party bagged only one seat in Peshawar, and all three seats in Charsadda, its birthplace and stronghold. It has little reason to be happy with only six seats in hand. It must appreciate that it will have to review its narrative in a bid to garner the support of an educated and social media-savvy youth in the province.