Quetta blast: Who is not happy with peace in Pakistan?
Recent View all
Technology
Read more

Home  »  Editors Choice   »   Quetta blast: Who is not happy with peace in Pakistan? 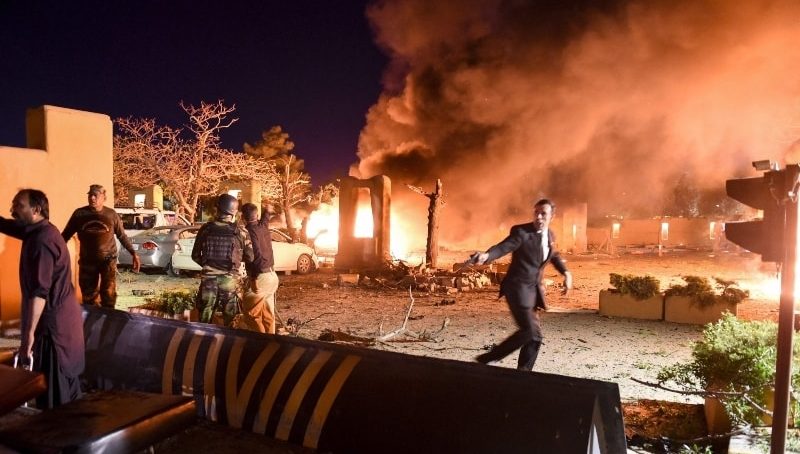 It is known that the peace and tranquility of Pakistan is not being tolerated by the hostile elements, who launch an attack on the country at their own time and choosing.

According to Balochistan Health Department Dr. Waseem Baig, the names of the injured and those killed in the Serena Hotel blast are as follows:

Names of the injured in the Serena Hotel blast

However, according to the latest reports, the condition of some of the injured is critical and there is a danger of an increase in casualties.

The Pakistan Institute for Peace Studies (PIPS) in its annual report released in January 2021 said that the number of terrorist incidents in Pakistan has decreased by 36% in 2020 compared to a year ago. Terrorism is no longer a serious problem, but religious extremism is still a threat.

Shortly after the report, gunmen opened fire in Balochistan, killing 11 miners, and the ensuing protests disrupted peace in the country.

According to sources, the Quetta Serena Hotel was also targeted by the Chinese ambassador who was not present at the time of the blast.

There is no denying the fact that anti-state forces are working to do all possible harm to Pakistan. The fabric of these forces comes from India, which claims to be the region’s Chaudhry.

India has always been disturbed by Pakistan’s peace and since the C-Pak has targeted Balochistan for its nefarious pursuit of its defense and military goals and uses the religious and political fault lines as soon as the opportunity arises.

The intentions of the Modi government are not hidden from the world: that it has been using the land of Afghanistan to create instability in Pakistan because Pakistan is the biggest obstacle in the way of its becoming a chaudhry in the region.

That is why terrorism and sabotage in Balochistan is in India’s sights and by pursuing anti-Pakistan forces it is pursuing a nefarious agenda of insurgency, sabotage and terrorism in Pakistan, hence the Quetta blast that took place yesterday. The end of cowardly action will also be met from India.

However, evil and anti-national elements say that these nefarious aims will never succeed. The whole nation is united against terrorism. Anti-national forces are afraid of the development of Pakistan and especially Balochistan, but the incidents of terrorism cannot discourage us.