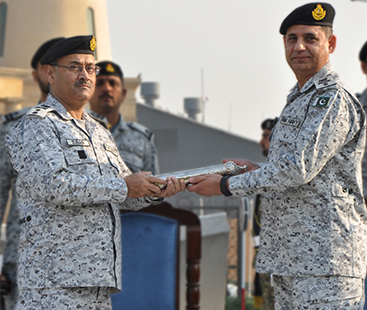 The ceremony was attended by a large number of Pakistan Navy officers, CPOs/sailors and Navy civilians.