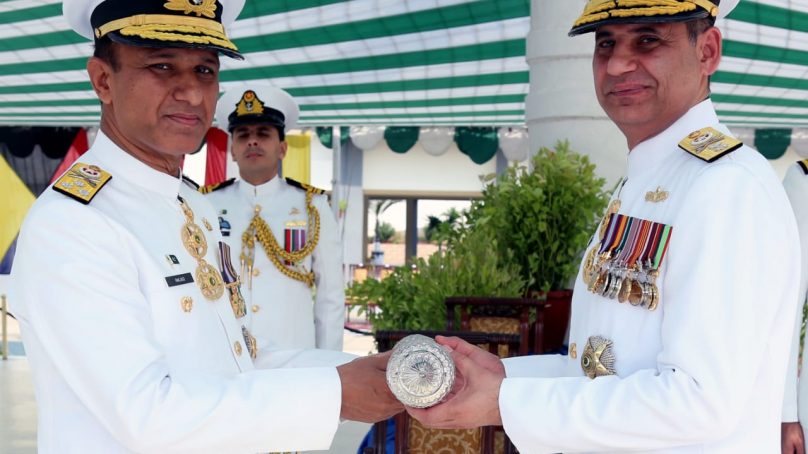 Rear Admiral Zahid Ilyas got commission in Operations Branch of Pakistan Navy in 1988. He has a distinguished career with wide ranging Command and Staff appointments. His major Command appointments include Commanding Officer PNS BABUR, PNS ZULFIQAR and Commandant Pakistan Naval Academy. The Flag officer also commanded 18th Destroyer Squadron and under took successful evacuation of stranded Pakistani from Yemen for which he was awarded Sitara-e-Basalat. He has also commanded Combined Task Force 151 (CTF-151). His distinguished Staff appointments include Principal Secretary to Chief of the Naval Staff, Director General C4I and Deputy Chief of the Naval Staff (Training & Evaluation) at Naval Headquarters, Islamabad. Prior assuming the duties as Commander Karachi, the Admiral was serving as Commander Central Punjab and Commandant Pakistan Navy War College at Lahore.

The Admiral is a graduate of Pakistan Navy War College and National Defence University, Islamabad. He has also done Masters in Military Research from United Kingdom and Senior Naval Command Course from China.  In recognition of his meritorious services and valour, the Admiral was awarded Hilal-e-Imtiaz (Military) and Sitara-e-Basalat.

On assumption of Command, the newly appointed Commander Karachi was presented Guard of Honour and introduced to the Commanding Officers of units under Command. The Change of Command ceremony was attended by a large number of Pakistan Navy Officers, CPOs/ Sailors and Navy civilians.