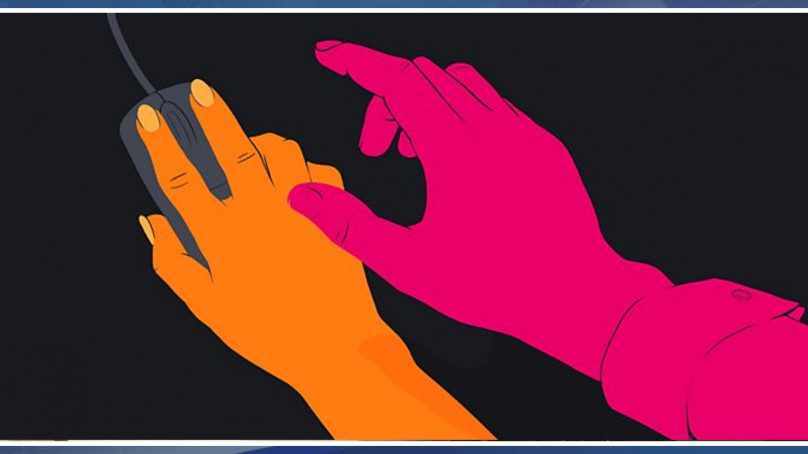 When the police in Karachi produced six suspected teenage boys after arresting them in October 2020 on charges of alleged sexual harassment, then the court had ordered them to release on bail. The case was registered in the Town Police Station on the complaint of student Shaheer Ali in which provisions of sexual harassment, intentional insult and provocation had been imposed.

According to police, the apprehended suspects claimed they were unaware of the occurrence, but Dr. Moeez Khan, the university’s security in-charge, stated that these were all young boys whose parents worked at the university. Those who were released, on the other hand, used their legal rights and received remedy from the courts; however, will this satisfy all of the standards of justice? This is a question that the victim cannot answer because it is not just difficult but also impossible.

Sexual harassment can happen to any gender. Research has shown that sexual offenders do not have a mental standard, but there have been cases of sexual harassment in which allegations of self-interest or greed have been leveled and later withdrawn, taken or proved to be false.

The owner of a barbecue restaurant in Bahadurabad, who was arrested and released in a sexual harassment case in Landhi Jail, Karachi, met Qari (also known as Muhammad Rahim). In 2017, Hafiz Rahim was arrested in a case of sexual abuse and harassment with Sh (pseudonym Shazia), the case was pending before the Sessions Judge of Malir Court. The accused named Qari used to perform the duties of Imamate in the mosque established in Landhi Jail. Regarding the plight of the prison, everyone is well aware that in return for recommendation and bribe, one gets concessions. With the permission of (R) was transferred to the corridor attached to the political block of Barrack No. 2, because of the good relations with a prisoner of a political party, (the reader) wanted him to go to a barracks where he was five.

Since the jail is set up by well-known political parties which are formed on political grounds so that political opponents do not spoil the atmosphere by fighting among themselves, the Karachi language organizations (MQM Pakistan), Mohajir Qaumi Movement Haqeeqi and others Prisoners belonging to political parties were also kept separate as barracks were set up in separate blocks to prevent any fighting between them. On the recommendation of a linguistic organization in the same party, a non-political person was transferred to the barracks. A madrassa has been set up in Landhi Jail in collaboration with Dar-ul-Quran Trust and Ahl-e-Sunnat Barelvi sect. When Qari, the accused in the rape case, was transferred to the corridor of the political barracks, his deeds came to light a few days later when a prisoner Syed Jan complained that Qari was sexually abusing him.

The person in charge of the language group’s setup said that he was furious when this fact was revealed to him. First he closed the ward and then the second barracks. The alleged rapist had confessed to raping inmates at the madrassa who did not have a bribe or recommendation in prison. The reader’s confession that the lawsuit against him is valid is also regrettable, but there is talk of reconciliation with the party and he will be released soon, and this is what happened. He was released on non-compliance and is still running his restaurant in Posh area of ​​Karachi. One can only guess how many more crimes he would have committed due to impunity for sexual harassment and the slow pace of law and justice. According to the official of the political party, when he met this reader after his release from jail, he was not ashamed of his actions.

Referring to another rape case in Karachi’s Landhi Jail, Hasnain Mujahid of the city court said that he knows how much truth and lies his accused is telling but every accused has the right to defend himself. Her client, known as the master of the jail, was charged with sexual harassment by a minor student at Gulshan-e-Hadid police station. According to the advocate, the trial lasted for several years. The evidence was against the accused but efforts were being made to reach a consensus. The important aspect of this case was that when the Master’s family came to know that he had committed such a heinous act, they moved to Punjab and did not even hire a lawyer for the accused. The master continued to collect money by becoming a barrack in-charge in the jail and then hired a lawyer for himself. He sold his residence in Gulshan-e-Hadid through a friend and kept trying to escape.

Even the girl who was detained for sexual harassment had become prominent in her area apart from going to court hearings and dates, her parents and the girl (pseudonym Samina) were in favor of reconciliation. He said that he would marry this girl so that the stain of disgrace on him could be erased. Be that as it may, two-eyed, all legal matters were settled immediately and the accused of sexual harassment was released from the court despite the evidence of non-compliance by the plaintiff. After her release, she married the master as per the agreement and then moved to Punjab with him. Now the master, his family and the harassed girl are living in a neighborhood which does not know about their past.

The extent to which the act of sexual harassment affects the life of the victim cannot be overestimated, said Faheem Solangi, a police officer who introduced the detainees to their families. In order to force the family, calls are made from the jail and when any member of the family comes, they harass the prisoner in front of them and demand bribe. What they have to provide the next day, official Solangi said, was a similar prisoner brought into the meeting room, his two sisters were brought in front, the prisoner was tortured so much that his sisters cried when they saw him. These women are residents of Liaqatabad area of ​​Karachi. They begged the in-charge of Karatin Barracks that they have no money, do not kill them but the barrack in-charge gives the bribe money to Karatin so he has no mercy. The official said that when the girl’s cry became too much, the Kratin in-charge told the girls to go to some place and sell their body so that I could get the money. On hearing this, the officer came to his senses with the girls and said to the in-charge of Kratin Barracks, “I will give it to you in your money. Shift it to the madrassa.” Women and men are victims of sexual harassment. In most cases of sexual harassment, most cases involve kidnapping, in which a girl is accused of sexual abuse. Saleem (pseudonym), a resident of a family in Gulistan-e-Jauhar, was caught in a love trap by a girl (Farzana) and ran away from home with him. The family somehow called the girl home and sued the young student Saleem for abduction and rape. The boy had shared many of his footage and photos with the investigating officers but the girl’s family was influential. He allegedly closed the case and demanded Rs 5 million. The young student, while sharing his story, said that his family members somehow managed to get him released and I still remember my emotional mistake and regret how much disgrace and distress it caused to his family members.

The Supreme Court had in recent days acquitted the accused in three different cases of murder and rape on the basis of incomplete and weak evidence or ordered to reduce the sentences. In order to do so, not only the criminal justice system needs to be reformed but also the prosecution and police system needs to be changed. Mumtaz Gohar, a spokesman for the human rights group Sahil, says Pakistan has laws to prevent such crimes, but the implementation situation is dire. Legal expert Anis Jilani says this is true. He said that most of the accused in the courts of Pakistan get relief only because of the weaknesses of the prosecution but that does not mean that the courts have given relief. He said that if a person is released after many years, there are also cases in which many people languish in jails for years due to poor police investigation.

According to him, the release of these persons is a good step but it is also true that Pakistan does not have an international standard investigation system which benefits the accused. Is less The investigative system is very poor due to the lack of reforms in the police system. At the same time, the evidence is lost due to lack of awareness among the people about this crime. Experts say that there is a law in Pakistan to punish the accused involved in rape but it has not been implemented effectively.