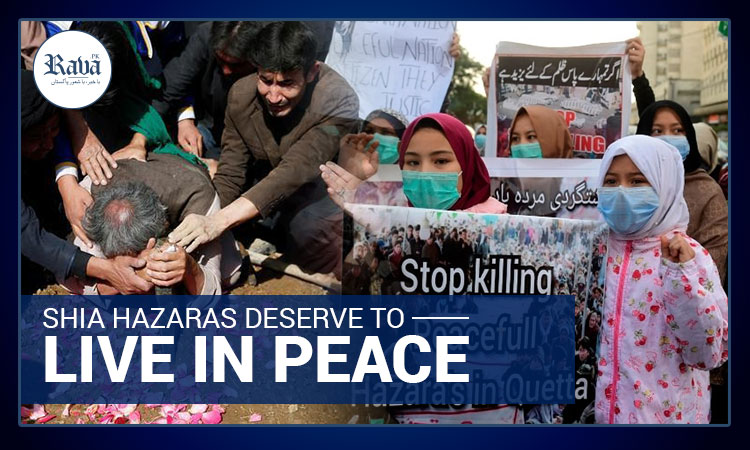 THERE is a feeling of déjà vu in the godforsaken Balochistan capital; an atmosphere of doom and gloom that has been evident quite a few times in the past prevails once again.

In the biting cold of winter, Shia Hazaras in their thousands, including men, women, and children, have staged a sit-in on a highway, which runs through the provincial capital, for the last four days. And they are not alone in their protest; the coffins of the 11 coalminers who were heartlessly slain on Sunday are also with them.

Notwithstanding the efforts of the chief minister, many provincial ministers and some federal level government officials, the mourners have dug in their heels, refusing to bury the bodies and calling off their protest unless PM Khan turned up and met them. In a tweet, the prime minister vowed he would do so shortly but requested them to bury their loved ones “so that their souls find peace”.

Having been targeted a number of times in sectarian attacks in the past, the community repeatedly appealed to the state to protect them. Although they were given assurances and promises, these did not go beyond mere condemnations and empty words. In certain situations, the government did provide them security, but generally, they sought to venture out at their own peril.

Instead of rooting out and throwing away behind bars the violent fanatics that often roamed free in the province, the state sought to adopt temporary security measures to address the grievances of the persecuted community. But those who have descended on the capital in the sub-zero temperatures this time around, there is not only sorrow but enormous anger.

Anger over the appalling, unnecessary tragedies that have cyclically occurred to the victimized Hazaras, anger over the sectarian killers who still manage to strike at will and go scot-free in the heavily militarized province. And now the anger is spreading among the public, chiefly the broader Shia community.

Protests against the carnage have spread in Karachi, with protestors taking to the streets for the second day in a row, burning tyres and disrupting traffic. The Sunday’s butchery, which has occurred after some time, is a reminder how fragile is the victory over fanaticism. The Hazaras have suffered for too long. Will the state let them live in peace now?